Cambridge, UK, March 9, 2021 – Blighter Surveillance Systems (‘Blighter’, www.blighter.com), the British designer and manufacturer of electronic-scanning radars and surveillance solutions is featuring its range of ground-based radar systems including the recently launched A800 multi-mode drone detection radar at the Security & Policing 2021 event being held online from 9-11 March.

Blighter’s fully interactive virtual exhibit will be available for visitors to navigate online. 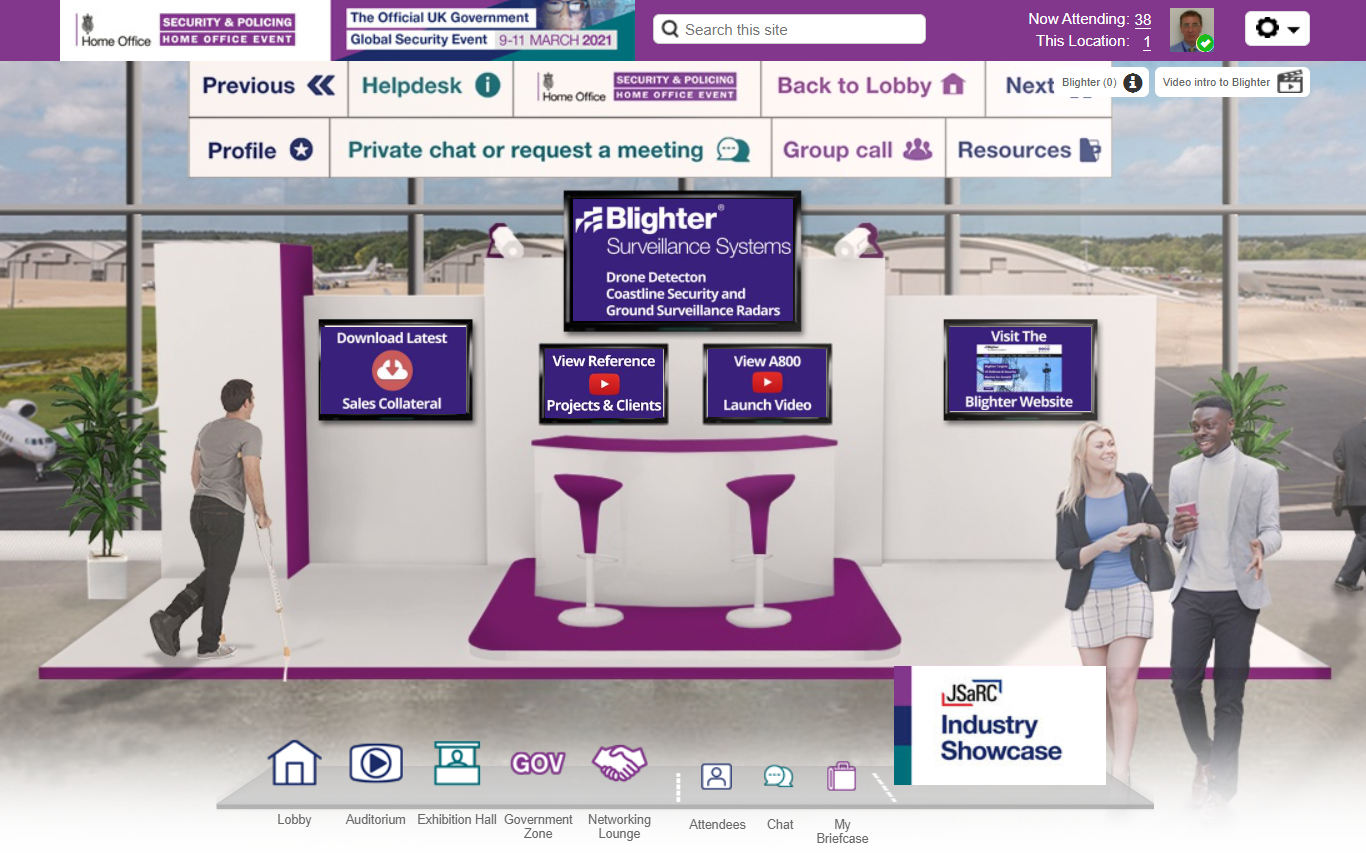 Blighter’s A800 3D radar (www.blighter.com/a800) offers an innovative solution to threat detection, harnessing the multi-mode simultaneous land, air and sea surveillance capability of large-scale radar systems, and packaging it into a smaller, more accessible radar with a maximum range of 20 km. The A800 multi-mode drone detection radar is ideally suited to border and perimeter surveillance as well as base security, particularly in the military domain and in locations where there is a requirement for scanning land, air and sea simultaneously from a single radar.

“Blighter continues to develop and extend its product range to keep at the forefront of radar capability and to meet the growing need for effective and affordable surveillance solutions to address evolving threats and counter the malicious use of drones,” said Angus Hone, Chief Executive Officer, Blighter Surveillance Systems. “Security & Policing provides an opportunity to engage with industry partners and customers and to learn more about the latest and future security challenges and threats. We are pleased to be showcasing our range of border and perimeter surveillance solutions at the event.”

Blighter radars are key sensors in border and perimeter surveillance and counter-drone applications, and are used in more than 35 countries around the world, delivering 24/7 security protection along national borders and coastlines, at military bases and for critical national infrastructure.

Current programmes include multiple territories with the US Department of Defense, in South Korea monitoring the demilitarised zone (DMZ), and in various European airports including London Stansted and London Gatwick providing wide area perimeter surveillance and detecting drone activity.