For this programme, Blighter will be supplying its B422 180-degree ground surveillance e-scanning radar in a vehicle-mounted configuration to be fitted to a six-wheeled UGV, driven by the need for flexible and rapidly-deployable threat detection for perimeter and border security. The radars will be augmented by Electro-Optical systems provided by a systems integrator for the programme to provide the UGV with a full-spectrum approach to threat detection. 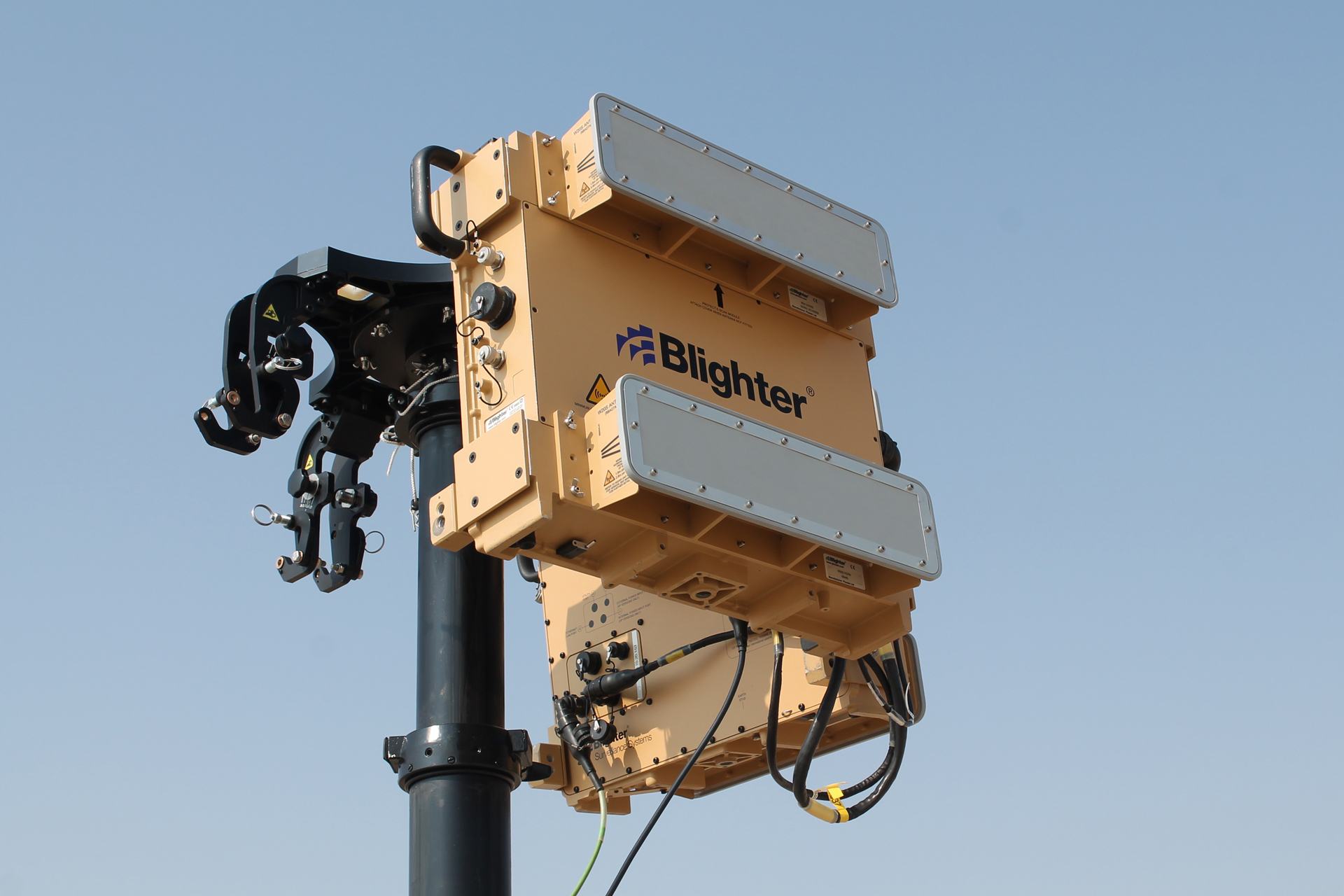 At this stage, the full complement of systems will be delivered and installed by the latter half of 2022. The B400 series of tactical radars are designed to provide long-range ground surveillance to detect moving vehicles and individuals up to 32 km from a fixed, mobile or portable position. The B400 series benefits from a very wide vertical elevation beam, allowing for simultaneous detection of targets both nearby and at great distance, with an unsurpassed level of ground clutter cancellation resulting in a low false alarm rate.

This is not the first instance of Blighter providing its B400 tactical radars to mobile platforms. Last year the company was selected to supply advanced integrated target acquisition radars to a fleet of armoured fighting vehicles.

“We are pleased to have been awarded this contract, which exemplifies our expertise in providing integrated threat detection for armoured vehicles. This contract once again demonstrates our status as a trusted supplier of best-in-class e-scanning tactical radars to increase safety and security, not only in Europe, but throughout the world.”

Hi-res media photos of the B400 Series Tactical Radars: