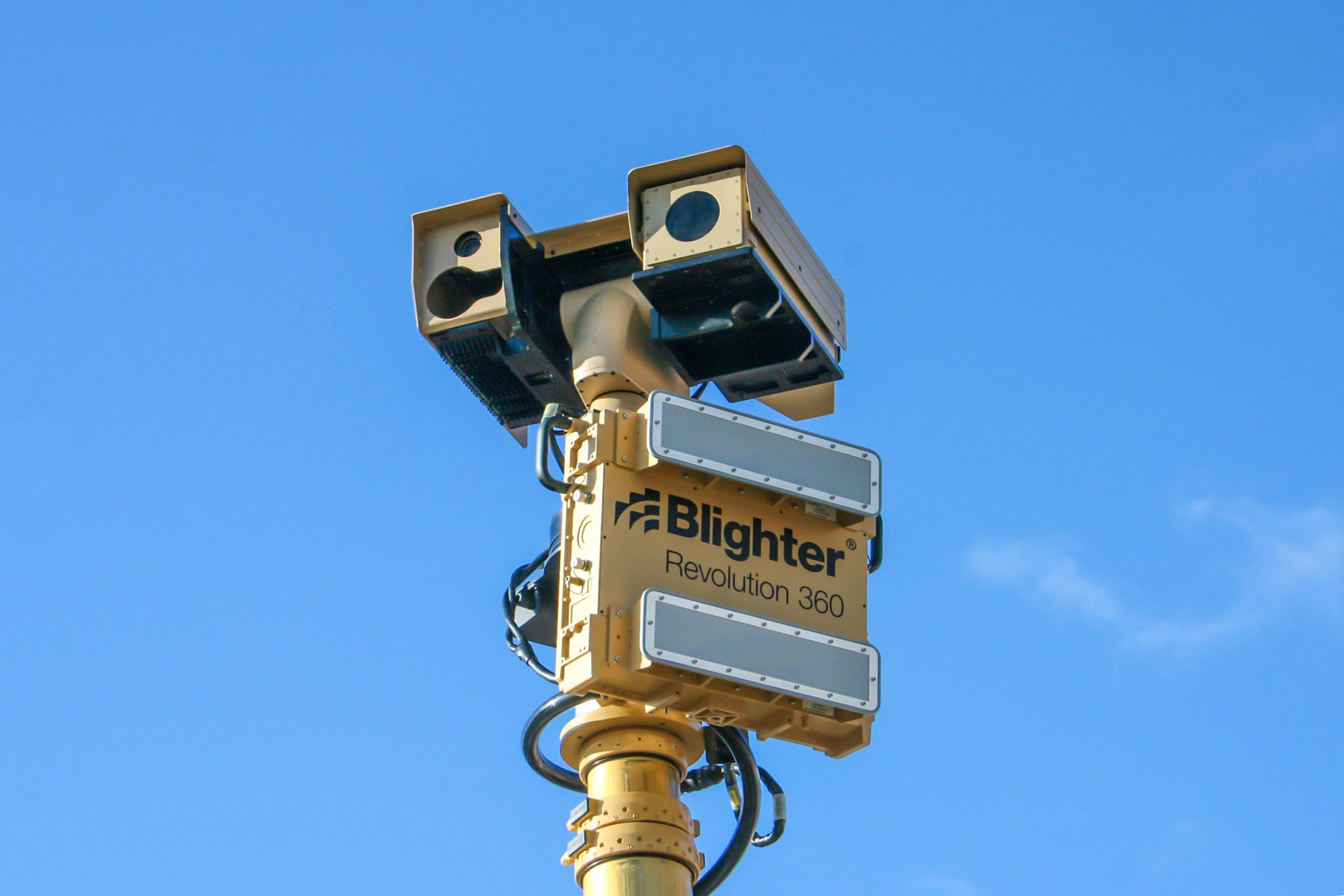 Consuming less than 100 Watts of power and with a 38 kg mast payload, the novel system detects small and slow moving targets – even in cluttered environments – due to the radar’s coactive Frequency Modulated Continuous Wave (FMCW) Doppler fast-scan processing. The radar can detect a walking person at 7.4 km (4.6 miles) or a large moving vehicle at 22 km (13.7 miles).

With its wide 20-degree continuous elevation beam coverage – which can be increased to 40-degrees via an optional motorised tilt option – Blighter Revolution 360 is particularly well suited for mobile deployment in hilly or mountainous areas, such as where a surveillance vehicle is high on a mountain top or deep in a valley.

Mark Radford, CEO of Blighter Surveillance Systems, said: “With Blighter Revolution 360 we are now able to offer all the benefits of our best value long-range B400 series radar in a format that is attractive to the price and weight conscious mobile surveillance market.”

Blighter Revolution 360 uniquely revolves around its mast – hence the name – and this allows it to sit beneath an integrated electro-optic camera system.

“This is a big advantage in this market as many customers will want to slew a thermal camera system to track intrusions and allow fast identification of any possible threat,” added Mark Radford. “Our system features a non-rotational central post for mast-top camera mounting and our BlighterView HMI 2 software platform is designed to integrate with a wide range of third party camera systems to make this a straightforward process.”