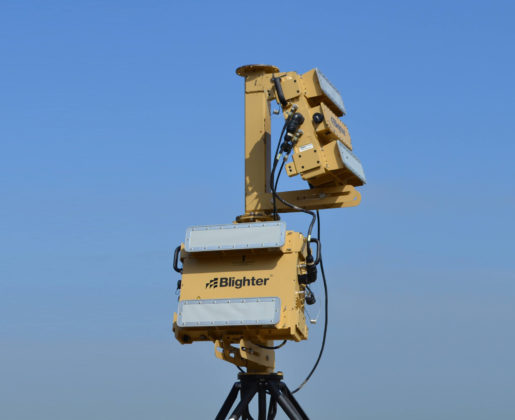 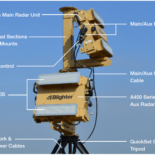 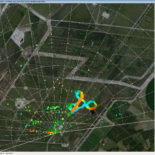 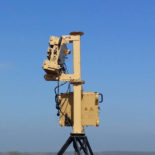 Blighter's A422 Deployable Radar System is a fully integrated off-the-shelf drone detection and ground surveillance system. Its primary mission is the detection of nano and micro-drones... Read More

Blighter’s ‘A422 Deployable Radar System’ is a fully integrated off-the-shelf drone detection and ground surveillance system. Its primary mission is the detection of nano and micro-drones, now being commonly used on battlefields and in urban combat zones for hostile reconnaissance.

The system is designed for rapid deployment from Peli-style transit cases and can be used for:

For ease of operation and training, the Windows-based laptop is pre-installed with the BlighterView HMI Command & Control (C2) package as well as BlighterTrack and BlighterClass software options. BlighterClass is an ‘AI’ powered machine learning on-demand target classifier which differentiates between drones, bird, humans and vehicles.

The modular rapid deployment mast sections are designed to be compact and simple to setup, and be easily repaired or adapted for more complex installations. The radar can be remotely extended from the operator by means of standard ‘Cat 5’ Ethernet twisted pair cabling.

The system can be mains powered using the supplied 110/230 V mains PSU or can be DC powered using commonly available 12 to 24 V Li-ion or Lead-acid batteries.

The A422 deployable radar system covers a horizontal azimuth scan sector of 180°. For 360° surveillance a dual-A422 back-to-back configuration can be used. The radar uses Blighter’s W20S antennas which give a wide vertical elevation coverage up to 30°.

The A422 deployable radar system is a complete, off-the-shelf, rapidly deployable drone detection and ground surveillance system with both mains and battery power options. Target speeds ranging from hover-drift to over 400 km/h are all detected. 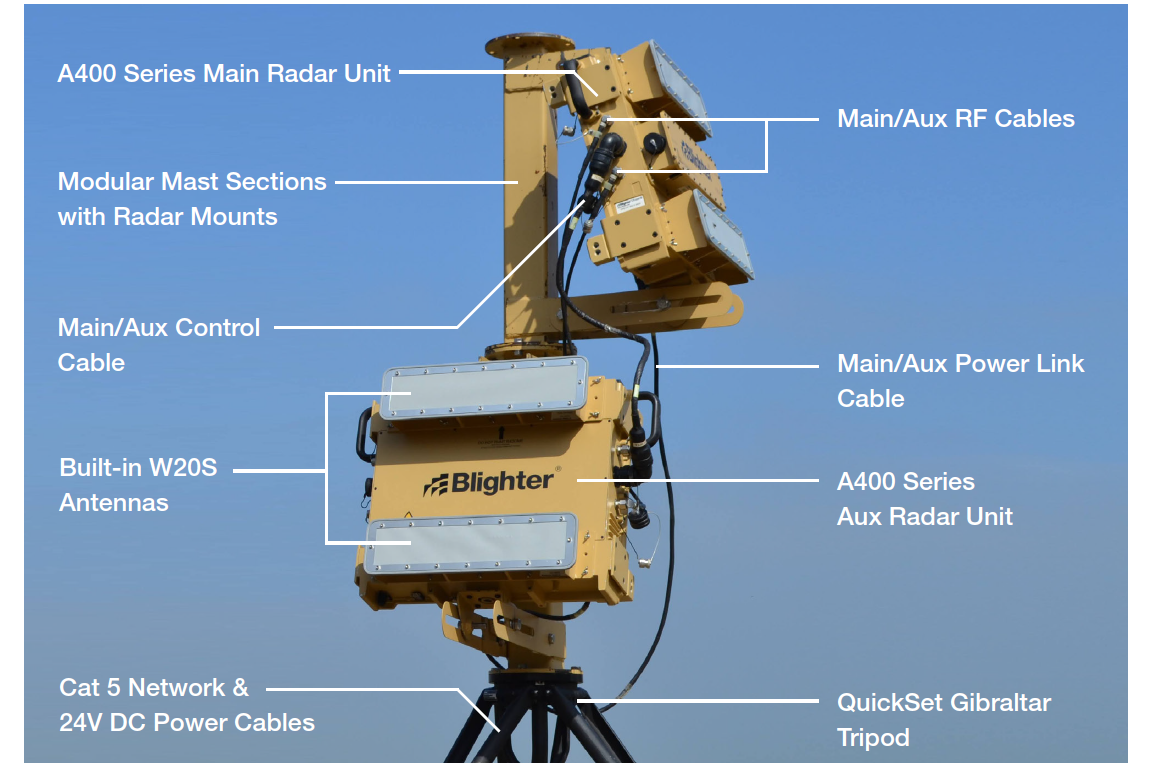 Errors and omissions excepted.  Blighter Surveillance Systems Ltd reserves the right to modify specifications without notice.  Blighter radars are protected by a number of international patents.  The Blighter name is an international registered trademark.