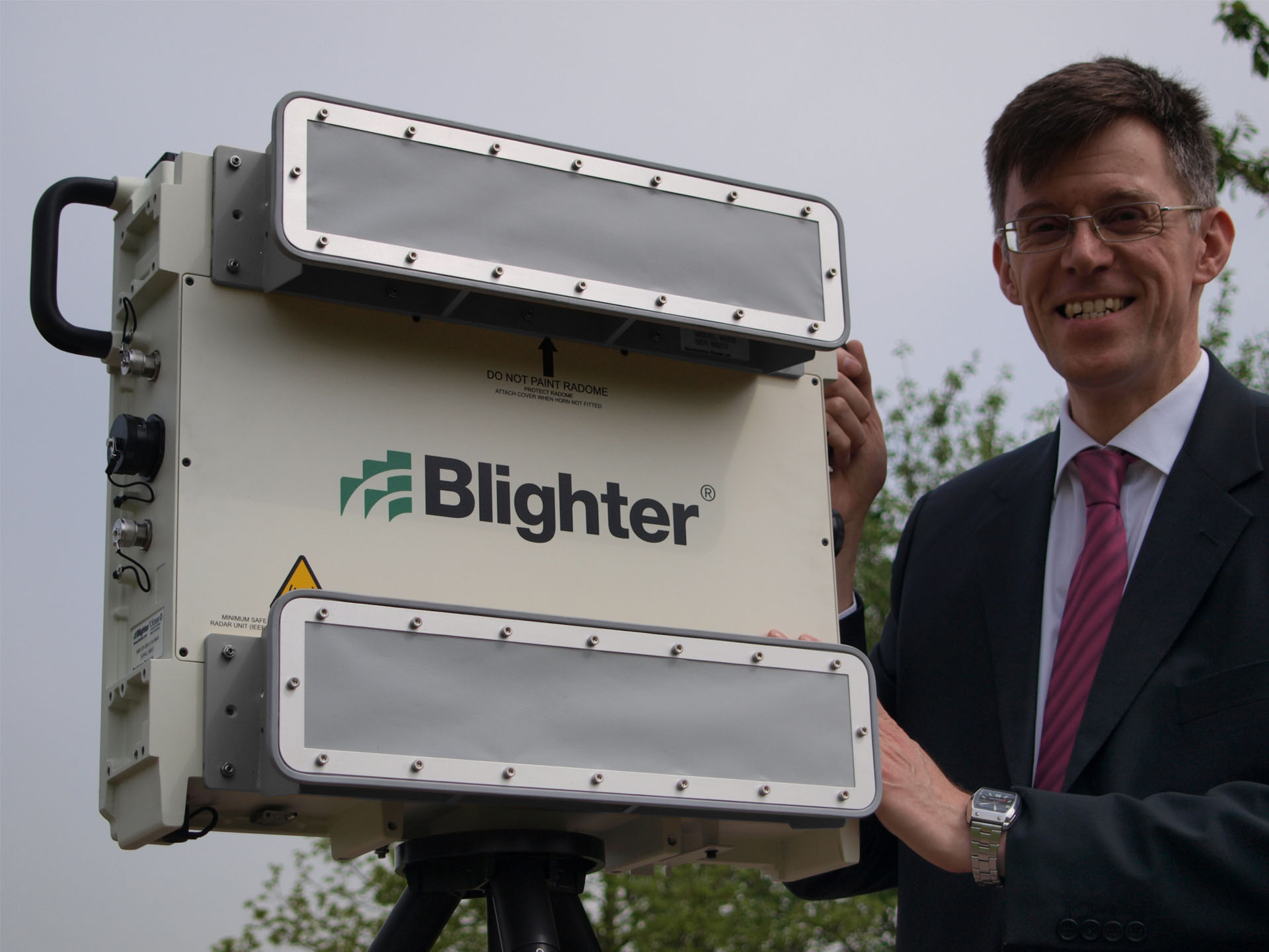 Andy Cowen, BAA’s Security Development Manager said: “We needed a highly reliable, maintenance-free system that could provide intensive 24-hour surveillance of key areas of the airport in all weather and light conditions. The Blighter Doppler system is technically superior to anything else we’ve seen and met our requirements in full, and since deployment has led to considerable operational savings, reduced security staff costs, with a marked improvement in detection.

“Installation costs were also minimal as Blighter’s long-range detection capability and wide elevation beam allow the radars to be remotely mounted on existing airport infrastructure thus avoiding digging up airport surfaces to lay cables. Blighter is also particularly effective in the airport environment as it is able to monitor movement between different security zones.” 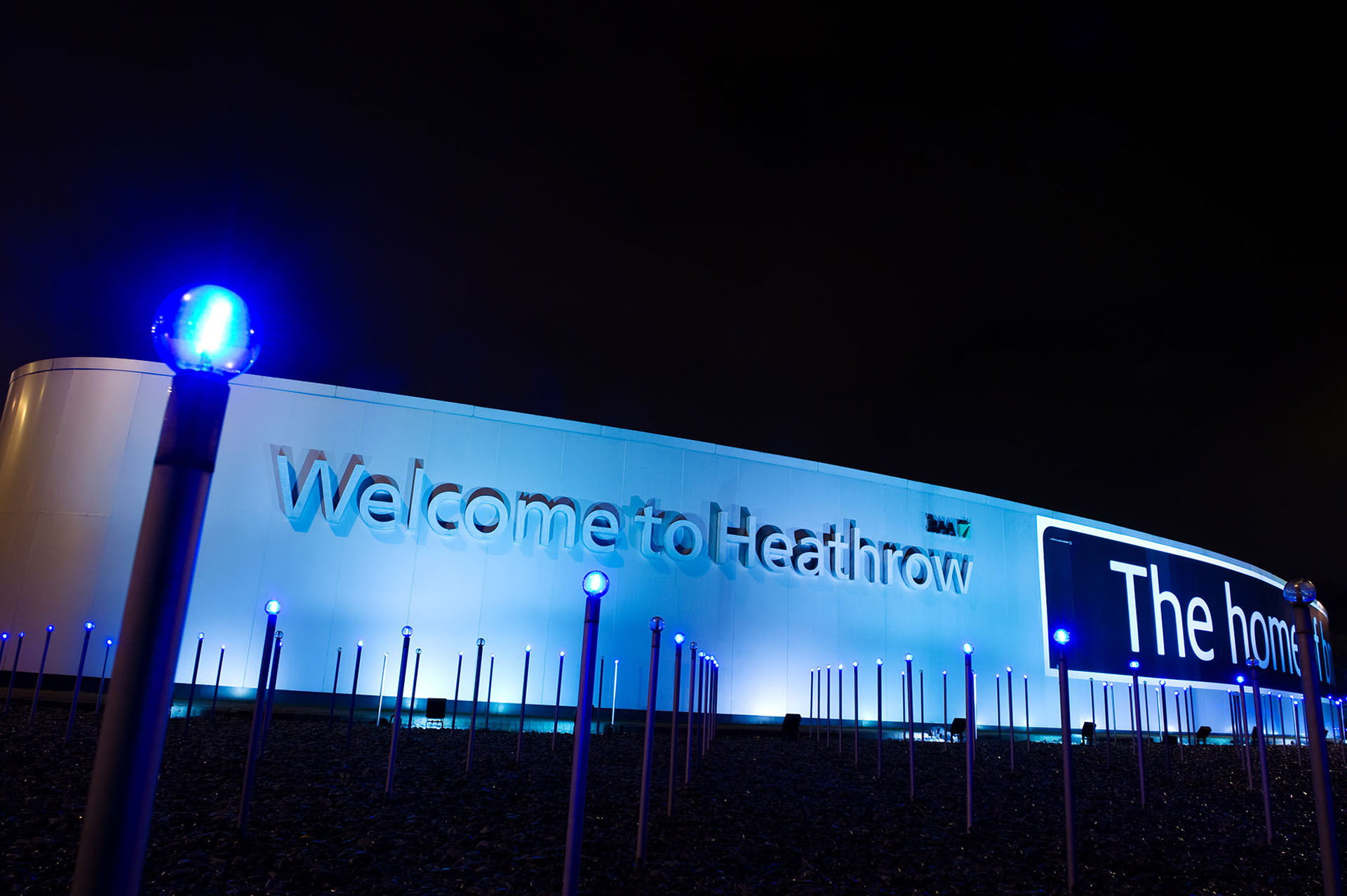 Heathrow Airport (Copyright BAA Airports Ltd) Mark Radford, Director of the Blighter Group at Plextek, said: “We are delighted that the major benefits of our Blighter radar are being recognised by busy international airports such as Heathrow and at other airports in the United States, Europe and Africa.”

Heathrow Airport is the world’s busiest international airport and the hub of the civil aviation world. Over 67 million passengers travel through the airport annually on services offered by 90 airlines travelling to over 180 destinations in over 90 countries.

Blighter radars are particularly well suited to airport security applications due to its long-range detection capability (10m to 2km in steps up to 32km), 20º wide elevation beam and their ability to detect very small and slow targets even in cluttered environments. The Blighter radar’s low-power FMCW electronic signature is also compatible with other airport communications and navigation equipment.

“Our radar’s eagle-eye view can look over the top of obstructions and uneven ground giving it a continuous, unobstructed view of critical perimeter areas,” added Mark Radford. “This is a major advantage over traditional surface mounted radars which suffer substantial blockage from local buildings, infrastructure and airport vehicles including aircraft.”

* This image is © BAA Airports Limited. The image is rights-managed and licensed for single use to accompany this Plextek news release, May/June 2012. Once downloaded, the image must not be stored, redistributed or used for any other purpose. Contact: BAA Aviation Photo Library

BAA is a leading airport operator. Its two London airports, Heathrow and Stansted, have helped to make London one of the world’s best connected cities and Heathrow is Europe’s hub airport of choice. This is vital to the UK’s economic success, through the growth of high-value trade in manufacturing and services. In Scotland we have transformed connections to all the major cities, Edinburgh, Aberdeen and Glasgow. And in Southampton we have developed a very successful regional airport. Our UK airports have been the catalyst for the growth of Europe’s most dynamic low-cost aviation industry.

Touchstone Electronics is one of the UK’s leading providers of fully integrated electronic security & communications systems. The company has more than thirty years’ experience of designing, supplying, installing and servicing highly complex security and data systems within demanding operational environments. Touchstone has a particularly strong presence in the airport sector with solutions installed at Heathrow, Gatwick, Luton and Cardiff airports.

Blighter radars are used worldwide in commercial, government and defence markets in area and asset protection for national border security, homeland security, critical infrastructure protection, coastal surveillance, and in defence applications. First developed in 2003, the Blighter radars provide an unmatched combination of high reliability, accuracy and performance with a low cost of ownership and are designed for use in extreme weather conditions and in the most difficult terrain. Plextek is based at Great Chesterford on the outskirts of Cambridge, England. Blighter products are designed and manufactured in the United Kingdom.