Cambridge, UK, December 7, 2021 – Blighter Surveillance Systems (‘Blighter’, www.blighter.com) the British designer and manufacturer of electronic-scanning radars and surveillance solutions, has been awarded a contract to provide its C400 series onshore and offshore installation security radars to protect a cluster of offshore oil platforms and an onshore refinery in West Africa.

Blighter has been selected to provide four C400 series e-scanning radars to provide advanced threat detection for an array of oil platforms and a refinery in West Africa, comprising three offshore platforms and an onshore refinery. The order consists of four 180° Blighter C422 radars split between the facilities which will provide coverage of the land-based perimeter and detection of inbound hostile vessels at distances of up to 20 km. 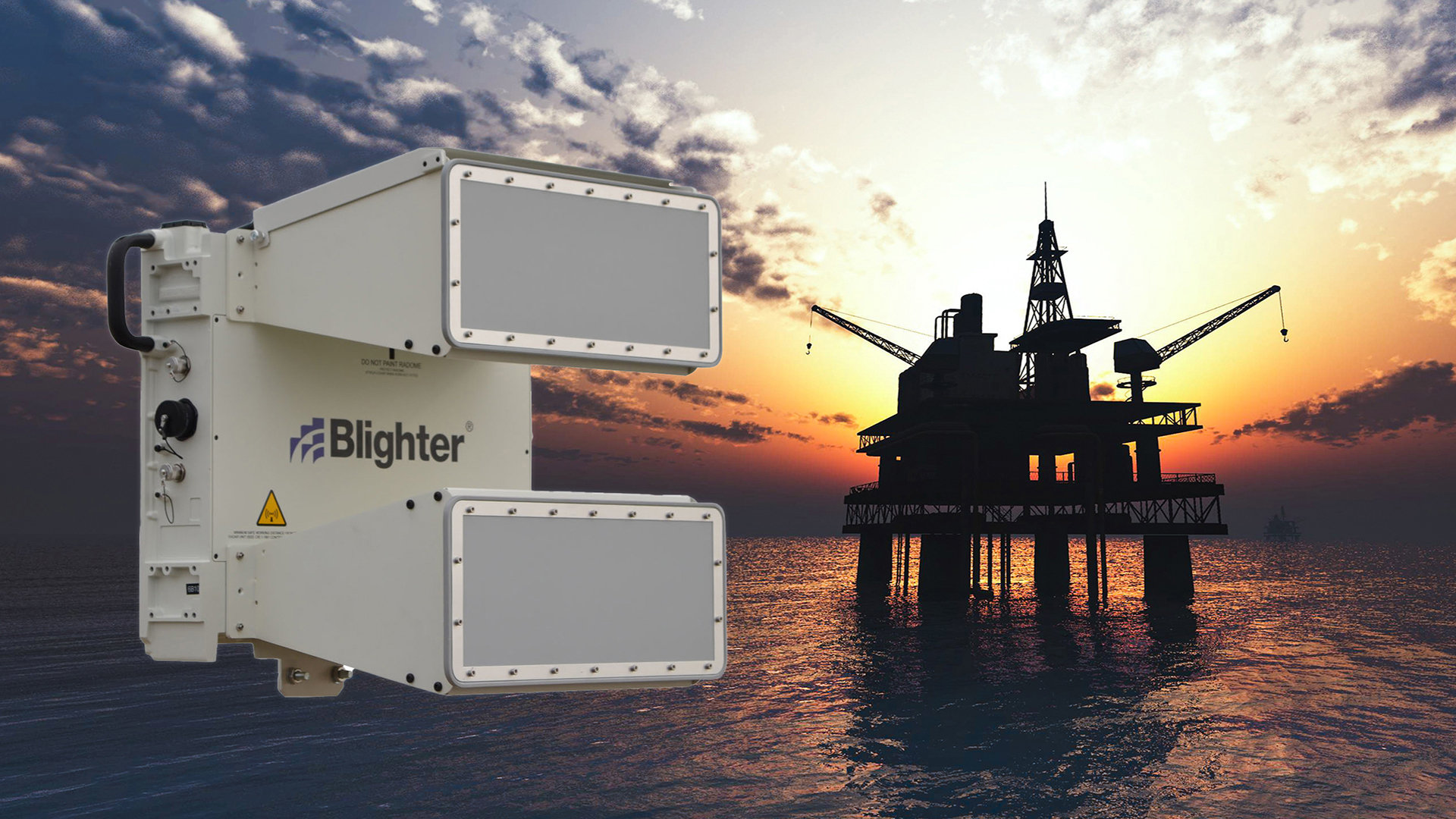 Blighter’s C400 series coastal security radars are optimised for detection of the small shallow-draught vessels favoured by pirates and militants, which sit low in the water and move at speed. The radar units are IP66-rated to provide enhanced protection against extreme marine conditions and is equipped with Blighter’s unique Sea Clutter Filter (SCF) which yields a low false alarm rate.

Blighter will provide swift delivery of the coastal threat detection array which will be operational by the end of the year, demonstrating the British SME’s agility and flexibility in meeting the customer’s unique demands after conducting a range of desktop surveillance scenarios in order to determine the best methods of protecting the facilities from pirates and other hostile actors.

“We are pleased to have been awarded this contract, which will demonstrate the best-in-class capabilities of our C400 series onshore and offshore installation security radars in such a demanding environment. Blighter’s cutting-edge e-scan radars are well-suited to the challenges of detecting hostile vessels at sea, and providing vital early detection of threats posed to these facilities and their operators.”