Blighter’s new multi-mode radar white paper has just been published.  The document is available to download and read as a PDF from this link: PDF of New White Paper. 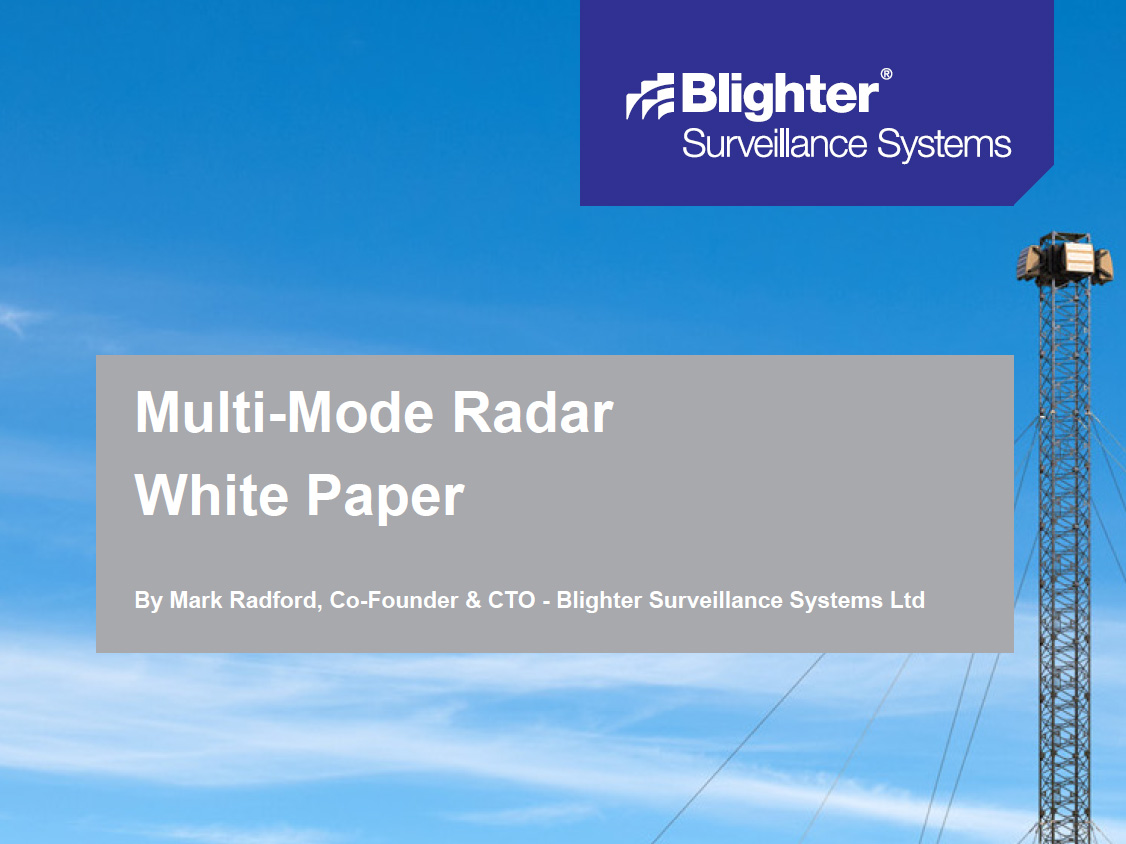 Traditional surveillance radars have been defined by their radar architecture and mechanical construction, resulting in application specific radar designs:

The advancement of radar technology including availability of low-cost electronic scanning antennas, high capability and easily programmable signal processing platforms, and high-quality digital waveform generators, allows modern radars to do so much more than their predecessors. Yet, the majority of radars on the market presently offer only single mode operation or attempt to apply modes for one application directly to another application despite differences in target type and radar environments. However, there are radars now becoming available that offer the operation of all three modes, for air, ground and water, simultaneously. These multi-mode radars were once only available in multi-million pound military systems, but are now available at a fraction of these costs.

Mark Radford is the technical Co-Founder and Chief Technology Officer (CTO) of Blighter Surveillance Systems Ltd. Mark has worked in the radar industry since 1985, initially as a designer of high-performance signal processing solutions for naval radar systems and later as a system designer and development manager. Since moving to Cambridge, UK, in 2000, Mark has been involved in various radar development projects including the specification, design and development of the Blighter radar family, unique electronic-scanning FMCW Doppler surveillance radars.

Since his appointment as CEO of Blighter Surveillance Systems in 2013, Mark has overseen developments of the Blighter technology to enhance it for use in more complex environments such as the heavily cluttered operational areas of airports where buildings and airport traffic limit the effectiveness of traditional perimeter security radars. Further enhancements now see Blighter radars being used for coastal security and for air security, where Blighter’s ability to detect very small and slow-moving targets in heavily cluttered environments is a key technological advantage. Mark first developed the AUDS (Anti-UAV Defence System) counter-drone system in 2014, which is now the principal Short-Range Air Defence (SHORAD) system used by US DoD in their warfighting efforts and is in operational use at leading UK Airports.

Mark headed the spin-out of Blighter Surveillance Systems Ltd. from its parent company in 2015 to enable rapid business growth and in March 2019 resumed his technology leadership position for Blighter by appointment to ‘Co-Founder and CTO’.