Blighter Surveillance Systems participated as one of the industry contributors in the Defence Academy’s AeroSystems Master of Science (MSc) programme, giving a presentation to students on the application and development of radars for security and surveillance purposes, and the roles of SMEs in the defence supply chain, including a demonstration of counter-UAS radar capability. The group of students were from the Royal Navy, Royal Air Force and Royal Australian Navy and were accompanied by Flt Lt Nick Dehnel, AeroSystems Directing Staff, from the Defence Academy’s Technology and Business faculty.

The course is run by the Defence Academy in partnership with Cranfield University and is aimed at preparing future leaders from across the Services for roles in test and evaluation, requirements management, and in support of 5th generation air platform mission systems.

Blighter hosted the visit at a facility in Duxford, Cambridgeshire. Among those attending were Mark Radford, Co-founder and Chief Technology Officer, and James Long, Chief Operating Officer.

The demonstration showed how the Blighter A402 e-scanning radar looks for air and land targets and identifies them using Doppler signature detection capability, and emits an audio signal according to target type. 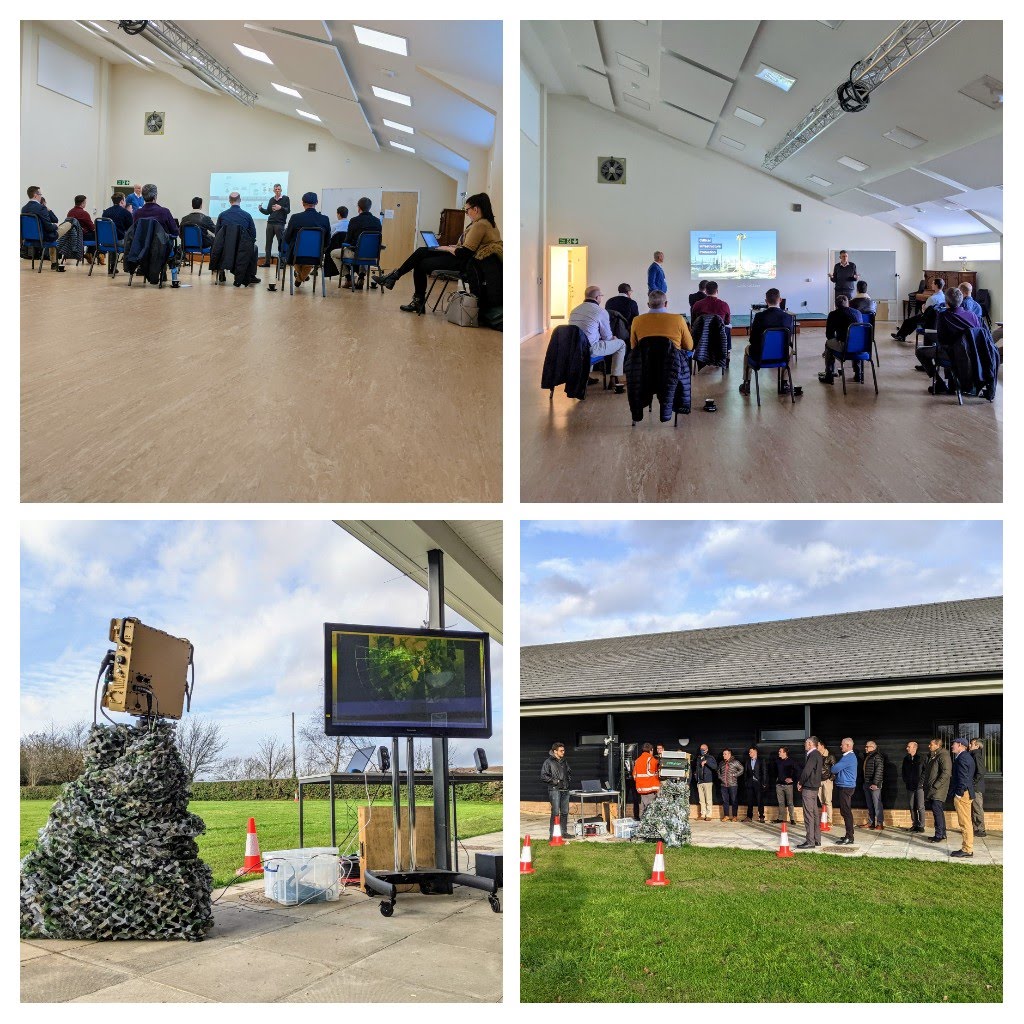 “Blighter is at the forefront of technology development for e-scanning radar and counter-UAS solutions and we are very pleased to have been able to support the Defence Academy in this important multi-domain education programme for the next generation of military leaders”, said Mark Radford. “The students will go on to have a great deal of interaction with industry in their future roles as requirement managers and technical advisors particularly, in the ISTAR and UAS domains; we hope that our participation in the MSc programme will have broadened the students’ understanding of radar technology and the capabilities they bring to addressing the threats posed by the malign operation of UAS.”

The A400 series air security radars are optimised for the detection of small drones carrying video cameras, wireless communication systems, narcotics, explosives and other malicious payloads. A400 series radars use D3 (Digital Drone Detection) technology that enables them to extract the tiny radar reflections from modern plastic bodied UAVs even when flying close to the ground or near buildings where clutter reflections are relatively large. Blighter’s Ku-band operating frequency is ideally suited to detecting the small structures used to construct compact UAVs such as the control wires, battery pack, motor and wireless communications system.

A400 series radars are capable of detecting small drones at ranges from 10 m to more than 3 km, and larger drones and aircraft at ranges up to 20 km. Drone speeds ranging from hover-drift to more than 400 km/h are all detected. Target tracking software and extensive zone filtering facilities allow drones to be detected while reducing false alarms from birds