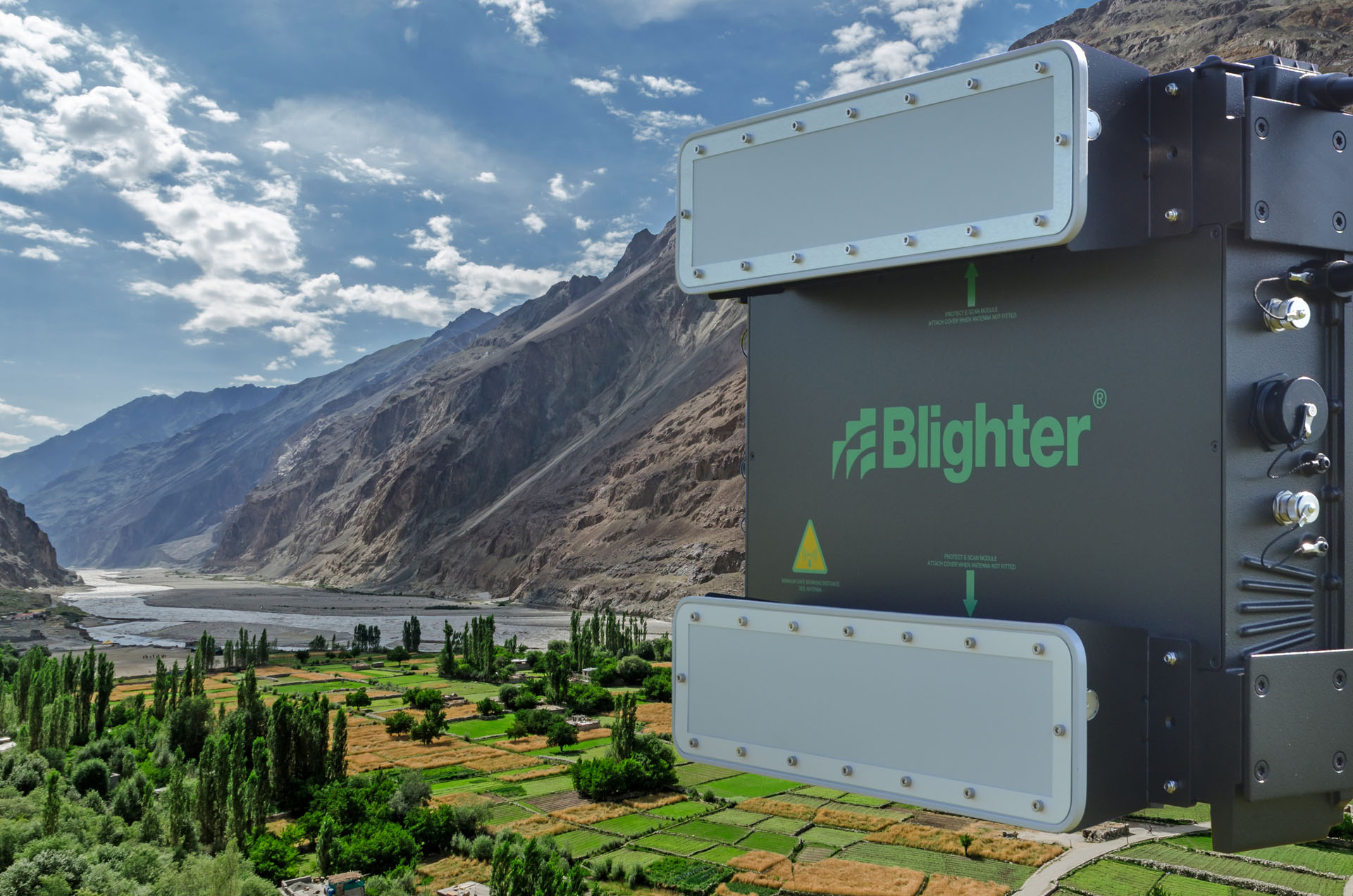 Dat-Con has integrated the Blighter radar, cameras and other sensors into its own command and control (C2) system. Sensor information from its C2 system is integrated with the CIBMS system to alert quick response teams (QRTs) of the Indian Border Security Force for action. Dat-Con has partnered with in-country Pune-based Ador Powertron for this pilot project.

Stane Plaskan, CEO of Dat-Con Defence, said: “The Blighter B400 micro Doppler radar is best-in-class as was demonstrated when it outperformed all the other radars in an Indian Government-sponsored trial. Also, we know that this radar is highly effective in difficult terrains – such as mountains, plains and coastal areas, as it has been deployed for many years now along the 250 km Korean DMZ, in what is considered one of the world’s most mountainous countries with environmental extremes of -30ºC in winter and a humid +40ºC in summer.”

The Blighter radar’s wide elevation beam was a key feature for the Indian CIBMS project as it ensures that the radar can operate effectively in all terrains allowing the hills, mountains, plains, riverine territories and marshes to be scanned simultaneously, without the need to tilt the radar. The wide beam also provides detection of low flying manned and unmanned aerial vehicles (UAVs) and drones.

The solid-state passive electronically scanned array (PESA) radar detects small and slow-moving targets, even in cluttered environments, due to the radar’s coactive frequency modulated continuous wave (FMCW) micro Doppler fast-scan processing. The radar delivers a 24x7x365 all-weather persistent surveillance capability. It can detect and track a walking person at 11 km (6.8 miles), a crawler at 4.6 km (2.9 miles) or a large moving vehicle at 25 km (15.5 miles) and then cue a camera system to follow and identify targets.

Blighter Surveillance Systems has now sold hundreds of its E-scan ground surveillance radars across 35 different countries. It has systems deployed along the Korean demilitarised zone (DMZ), on the US Southern border, in several Middle Eastern countries, and now in India too. Blighter Surveillance Systems delivers an integrated multi-sensor package to system integrators comprising the Blighter radars plus cameras, thermal imagers, trackers and software solutions. Its ITAR-free systems are used worldwide in commercial, government and defence markets in area and asset protection for national border security, homeland security, critical infrastructure protection such as oil and gas facilities, coastal surveillance, and in military applications.

Dat-Con Defence will be showcasing the Blighter B400 series radar at The International Defence Exhibition and Conference (IDEX 2019), at the Abu Dhabi National Exhibition Centre (ADNEC), Abu Dhabi, UAE, (Stand 10-B15: Slovenia Pavilion), from 17 to 21 February 2019.

Blighter Surveillance Systems will also be exhibiting at SCTX 2019, the Security & Counter Terror Expo (Stand I-61) at London Olympia from 5 to 6 March 2019.