Cambridge, UK, October 25, 2018 – Blighter Surveillance Systems Ltd (www.blighter.com), a British designer and manufacturer of electronic-scanning (E-scan) radars and surveillance solutions, announced today that it is supplying its counter-UAV radar technology to Liteye Systems as part of a multi-million-dollar contract with the United States Department of Defense. 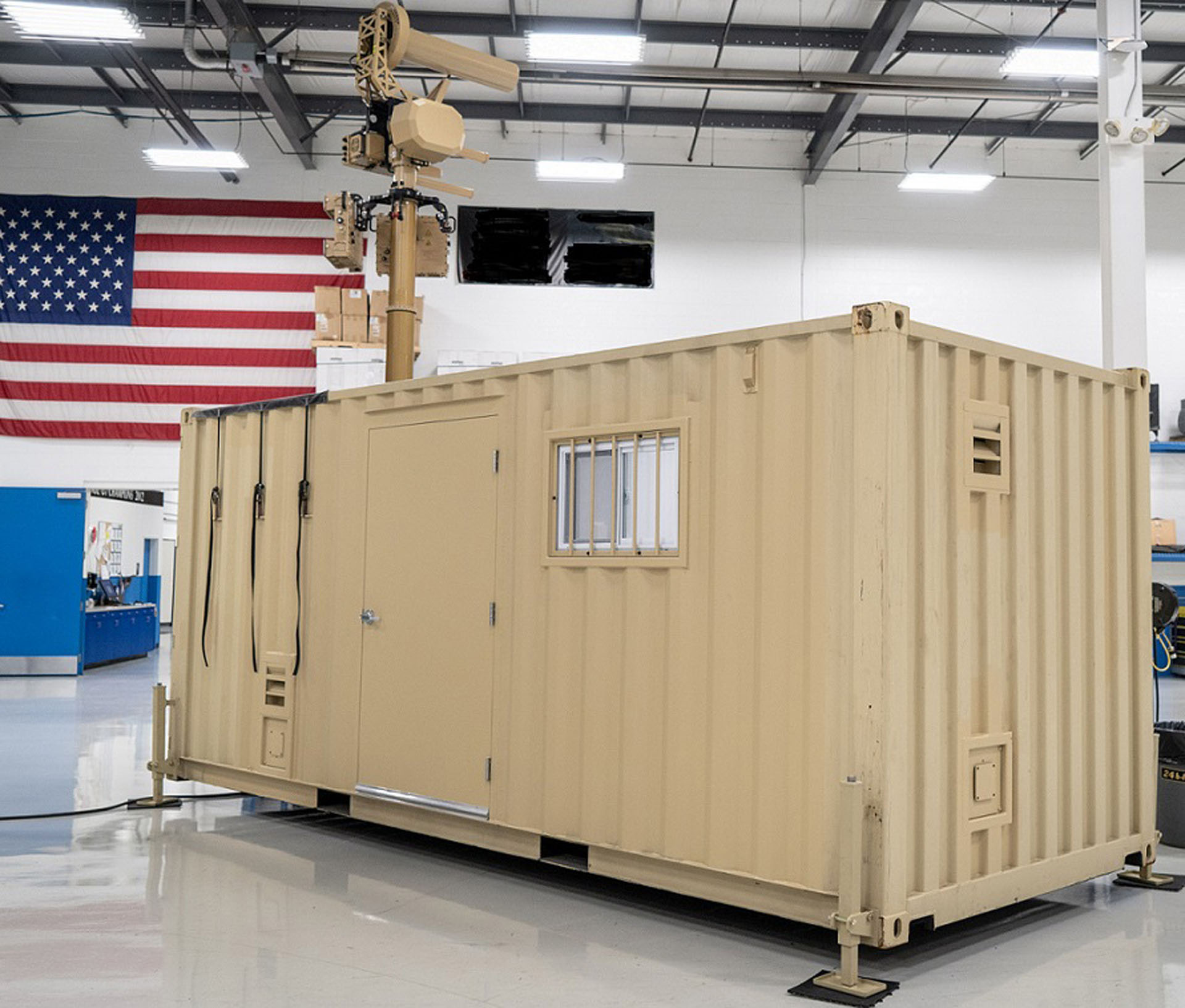 Liteye is contracted to deliver numerous containerised anti-unmanned aircraft systems (known as C-AUDS) to the US Department of Defense by the end of the fourth quarter of 2018. See below the link to the contract announcement press release from Liteye Systems:

Mark Radford, CEO of Blighter Surveillance Systems, said: “We are delighted to be supplying our counter-UAV radar to Liteye for the US Defense Department. Yet again, we see our field proven, mission deployed Blighter A400 series radars being selected to respond to the very real strategic threat posed by rogue unmanned systems.”

The Blighter Ku-band micro Doppler A400 series radars can detect micro-drones and larger unmanned systems at speeds from full flight down to hover-drift. The solid-state all-weather radars also feature digital drone detection (D³) technology and this enables them to extract the tiny reflections from modern plastic bodied drones even when they are flying close to the ground or near buildings.

Kenneth Geyer, CEO of Liteye Systems, said: “The Blighter A400 series radars are a key part of our C-UAS solution which is becoming the go-to defence system in combat. We are thrilled to have secured our fifth contract for C-UAS systems since we first supplied the US version of the AUDS system to the United States Army in 2016.”

Liteye’s C-AUDS system, featuring the Blighter A400 series radar, can detect, track, identify and defeat a Group 1 drone in approximately 10 seconds at a range of up to 3.5 km and has proved to be highly effective against drones, including swarm attacks. AUDS has successfully defeated more than 1,000 real world drone sorties and been tested against more than 60 types of drone including Nano drones, fixed wing and quadcopters – even drones without communications.

Liteye’s C-AUDS system features the US version of AUDS and a state-of-the-art operator suite, hardened for use in any climate. The platform can easily be moved between locations and remotely operated. Its innovative design allows for the ability to “bolt on” new technologies in the future as threats evolve in the field.

Blighter radars are deployed in 35 countries to deliver round the clock all-weather protection along borders, for coastal facilities, at military bases, and to guard critical national infrastructure such as airports, oil and gas facilities and palaces.

For more information about the Blighter A400 series radars, please visit www.blighter.com, telephone +44 1223 491122 or email hello@blighter.com.

High-resolution photography of the C-AUDS system and the Blighter A400 series radar are available via the links below: