Blighter B303 Ground Surveillance Radar on WASP Trailer Plextek, the leading Cambridge design house and technology innovator, has released its new Blighter B303 radar system. Based on the field proven Blighter B202 radars, the B303 offers 180° of electronic scanning (e-scan) in a compact 20 kg pole or mast mounting unit with a detection range out to 8 km. The B303 can scan 100 km² of land, in just 1.5 seconds, making it ideal for mobile and fixed area, border and perimeter surveillance applications. Two Blighter B303 units can also be mounted back-to-back to provide a complete dual-scanning 360° solution for site perimeter protection applications. 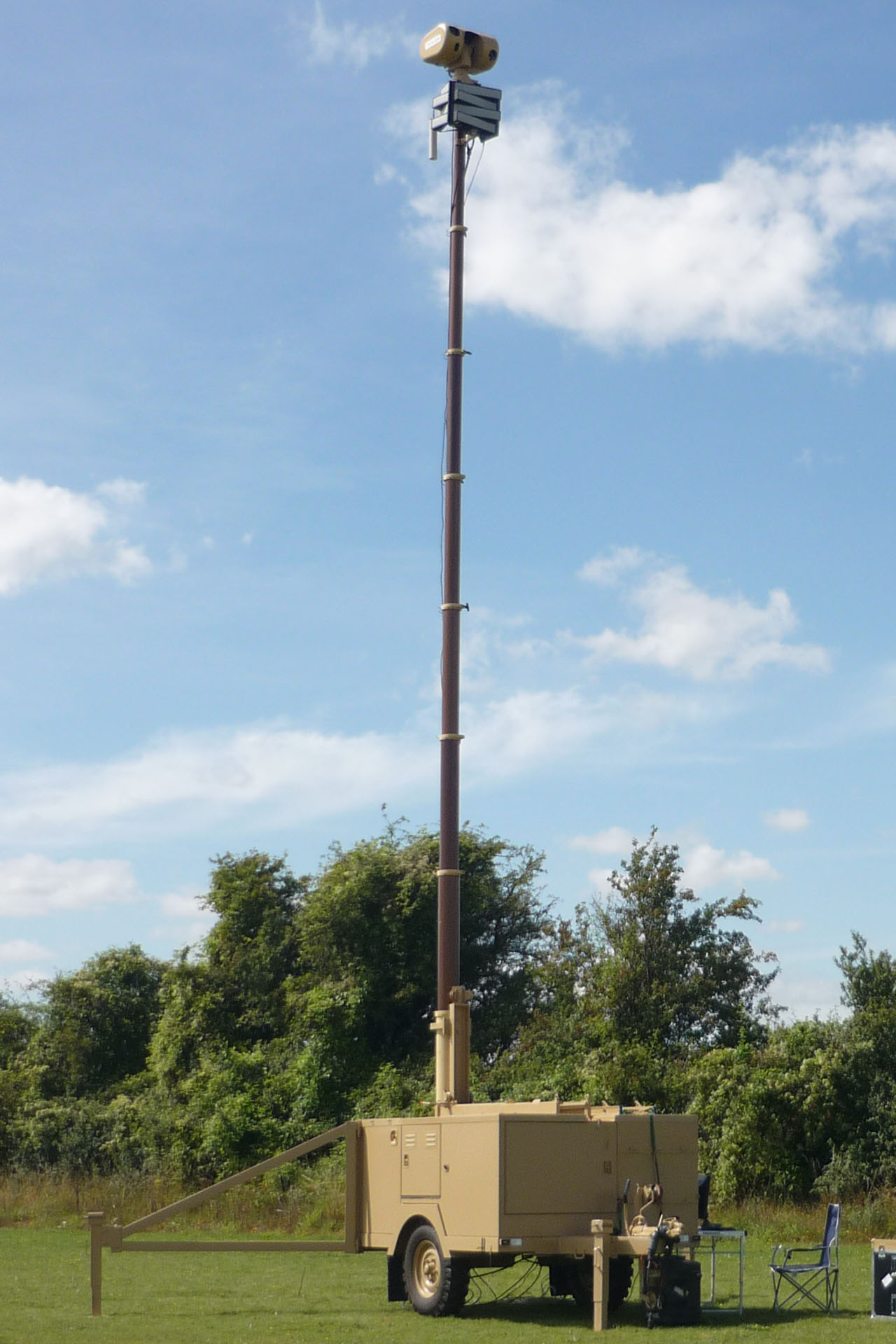 The Blighter B303 radar system is currently being used by Meridian Defence and Security Ltd on their G-WASP (Ground Wide Area Security Platform) to create a comprehensive trailer mounted multi-sensor surveillance system. The G-WASP system includes the Blighter B303 radar for rapid intruder detection and a long-range Electro-Optic system for target identification purposes. A comprehensive Command and Control system integrates the sensors into an intuitive border surveillance platform. The G-WASP platforms can be interconnected over secure wireless radio links to provide a continuous border surveillance capability.

All Blighter radars use electronic-scanning technology to achieve exceptionally slow speed target detection even in cluttered environments, whilst scanning at high speeds. The Blighter B303 radar uses Plextek’s patented low-cost printed antenna technology to electronically scan a full 180°, equivalent to 100 km² of land, in just 1.5 seconds. Blighter’s electronic scanning system forms precise beams both on transmit and receive, allowing it to ignore and reject targets and clutter that trouble older staring array radars. The B303 radar maintains the exceptionally wide elevation beam width of 20° offered by the B202 product. This feature allows the radar to operate in regions with complex hilly terrain and detect hill-top and valley hugging targets with a single scan. The B303 radar offers a range of software selectable radar modes to optimise the radar for different applications and terrain.

Mark Hussey of Meridian commented: “The new Blighter B303 radar has been the perfect match to our lightweight trailer mounted surveillance system. The B303 radar is compact and robust making it ideal to use as the prime sensor on our WASP system. We have already received considerable attention from defence users in Europe and the USA and anticipate significant orders in the coming months.”