Mark Radford Wins Battlespace Businessman of the Year Award for 2015 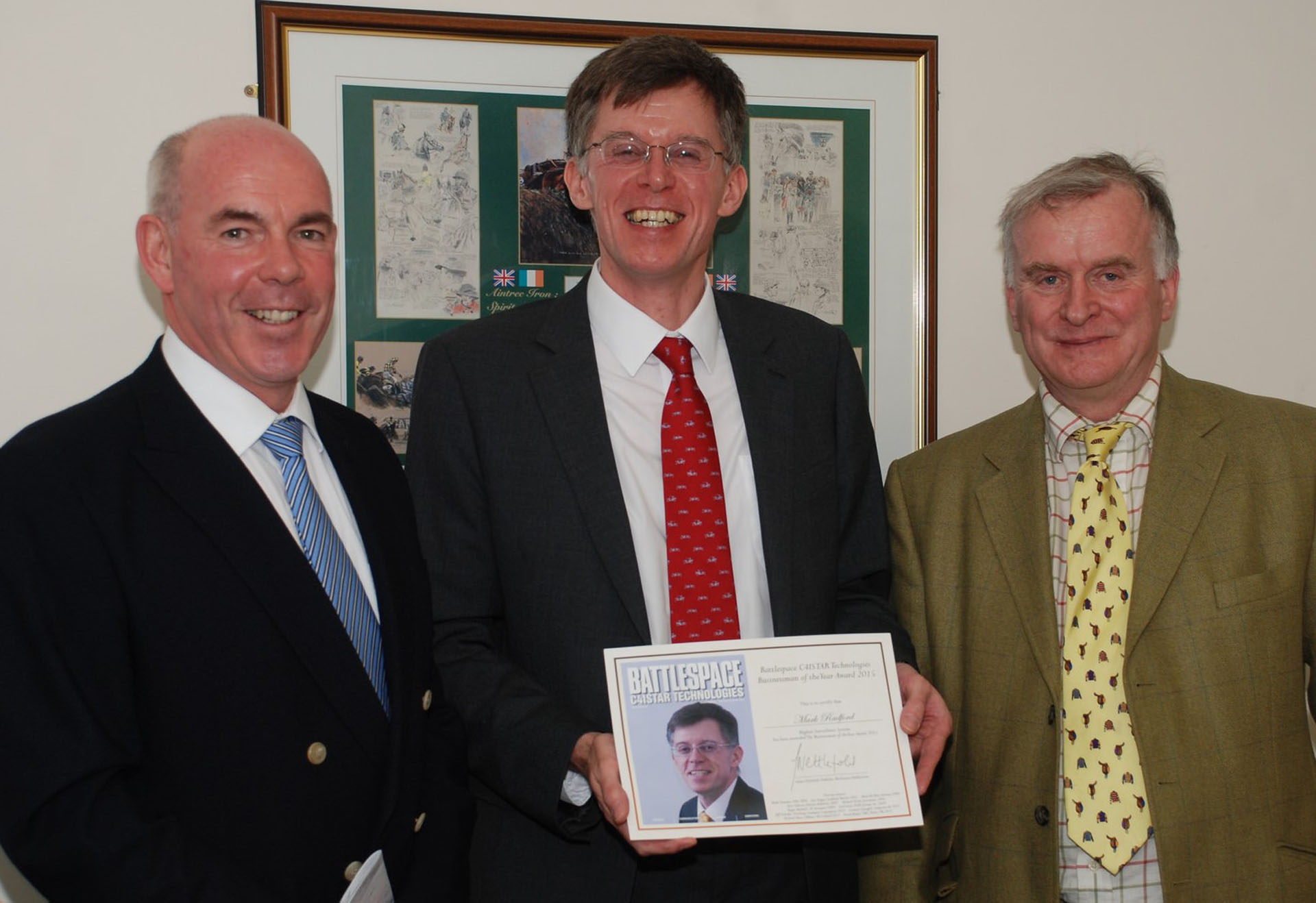 Receiving the award at a special reception held at Chepstow Racecourse, Mark Radford, said: “It is an honour to receive this award as it recognises the enormous hard work of our dedicated team of engineering and support staff and their contribution to our ongoing success.

“Our radars are deployed in over 20 different countries and used by the British Army for force protection, and in numerous asset protection and border security applications, including monitoring the Korean Demilitarised Zone (DMZ).”

Battlespace publisher, Julian Nettlefold, said: “This is the eleventh year of our awards and we are thrilled that Mark has been nominated by our readers as the Battlespace Businessman of the Year for 2015. He joins a select group that includes some of the outstanding leaders in the global defence industry.”

Mark has worked in radar for his entire career. He was first sponsored by GEC Marconi Radar and Defence Systems, now a division of BAE Systems in Chelmsford. He began his career as a digital signal processing engineer using the earliest 68000 and Bit-slice processing technology and found his roots in radar technology to be invaluable for his role as CEO at Blighter Surveillance Systems.

The patented Blighter e-scan Doppler radar delivers a 24/7 all-weather persistent surveillance capability. It can detect a walking person at 11km (6.8 miles) or a large moving vehicle at 25km (15.5 miles) and then cue a camera system to follow and identify targets. The Blighter radar has recently been enhanced to detect small consumer drones or unmanned aerial vehicles (UAVs) and has been integrated into the world’s first Anti-UAV Defence System (AUDS) capable of detecting, tracking and disrupting drones at ranges up to 8km (5 miles).