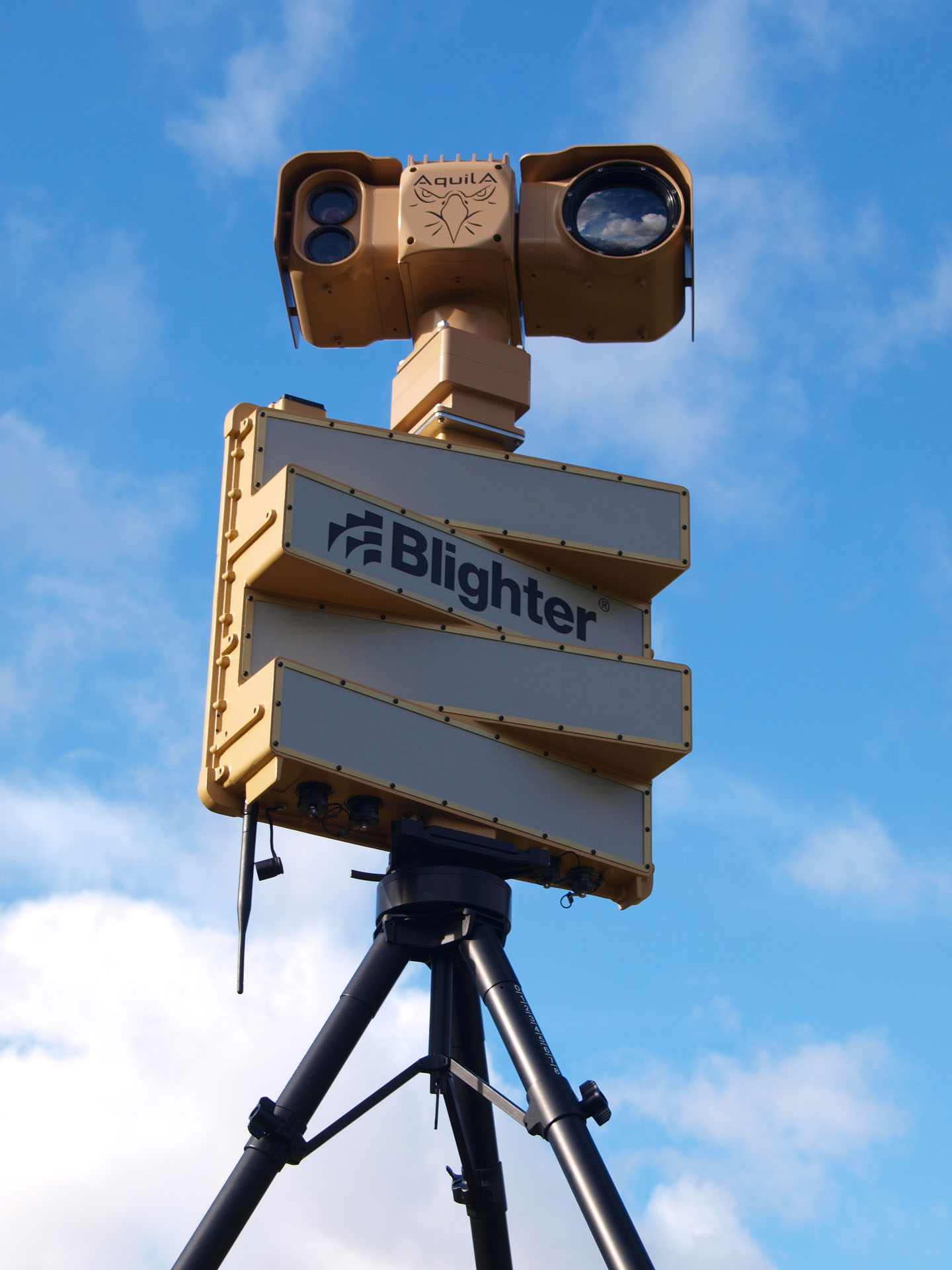 Mark Radford, director of the Blighter Group, said: “We are delighted to be joining forces with Liteye to target the VIP protection market, which has traditionally been a labour intensive operation with agents, security staff and bodyguards etc. However, the advent of affordable and portable ground movement radar and thermal imaging systems is set to provide a reliable and cost-effective alternative.

“To protect VIPs, whether royalty, politicians, dignitaries or celebrities, we need to have ‘eyes everywhere’ – on the ground, over water or even in the sky. Our solution delivers just that by using the Blighter portable radar system for early rapid target detection (people, vehicles and low flying aircraft) and the Liteye high performance cameras and thermal imagers on agile pan/tilt mechanisms to rapidly intercept and confirm the identity of the intruder.”

Kenneth Geyer, VP of Business Development, Liteye Systems, said “The combination of our rugged, low profile, three camera system with the low cost Blighter e-scan ground surveillance radar provides us with a compelling solution for the military and commercial VIP protection markets. All that is needed for the system is a laptop, the radar and our camera!”

The Liteye’s high-performance, rugged multi-sensor system is designed to MIL-STD for day and night operations in the harshest weather and environmental conditions. The three cameras – thermal imager microbolometer (640 x 480 17 µm), visible camera with zoom lens, and situational awareness WFoV low-light camera – and its 360° continuous rotation at 100° per second, makes it particularly well suited for VIP protection.

As well as providing VIP ‘on-the-go’ protection, the Blighter/Aquila solution is also well suited to numerous other fixed and mobile surveillance applications including military camp protection, airport security and checkpoint security. To demonstrate this capability, Plextek will be installing a combined Blighter B400 series long-range fixed radar with the Liteye Aquila system at its local airport (Cambridge) in the UK. Liteye will be installing a Blighter B202 Mk 2 portable radar with its Liteye Aquila system at its 25,000 sq. ft. facility in Centennial, Colorado.

“These demonstration systems will allow customers to see how the two products complement one another to provide VIP protection as well as a surveillance solution for other mobile and fixed installations,” added Kenneth Geyer, Liteye Systems.

Liteye Systems’ Aquila line of thermal imaging products are targeted to the defence and security markets, as well as VIP and high value facility protection. The Aquila thermal imaging surveillance systems were deployed as part of a multi-agency security operation, successfully protecting the London 2012 Olympic Games.

Blighter is a family of advanced ground surveillance radars developed by Plextek, a leading British design house and technology innovator. Blighter radars combine patented solid-state electronic-scanning technology with advanced Frequency Modulated Continuous Wave (FMCW) and Doppler processing to provide a robust and persistent surveillance capability. The electronics scanning system in Blighter uses Passive Electronically Scanned Array (PESA) technology, an enhancement of the Active Electronically Scanned Array (AESA) used in older radars. Blighter’s PESA technology is inherently lower power and runs cooler than AESA technology. First developed in 2003, Blighter radars provide an unmatched combination of high reliability, accuracy and performance with a low cost of ownership and are designed for use in extreme weather conditions and in the most difficult terrain. Plextek is based at Great Chesterford on the outskirts of Cambridge, England. Blighter products are designed and manufactured in the United Kingdom.

Since 2000, Liteye Systems, Inc. is a world leader in rugged head-mounted-displays (HMD), micro imaging viewfinders, and now its new ‘Aquila’ line of thermal surveillance systems. All of its cutting edge solutions feature revolutionary designs in optics, electronics, ergonomics, and form factors that enable a broad range of military and commercial applications. Liteye’s research and development team delivers sophisticated custom packages to some of the world’s largest companies, government agencies, and military organizations. Headquartered in Centennial Colorado, with offices in the UK, and representatives worldwide, Liteye truly is “Enhancing Human Vision” on a global level.