CAMBRIDGE, UK, October 17, 2012 – The reach of the market leading Blighter® B400 series electronic-scanning ground surveillance radar system (www.blighter.com) has been extended to 15km with the introduction of its N5S extended-range antennas. This will enhance the Blighter B400 series radar’s effectiveness in border, area and perimeter security applications. 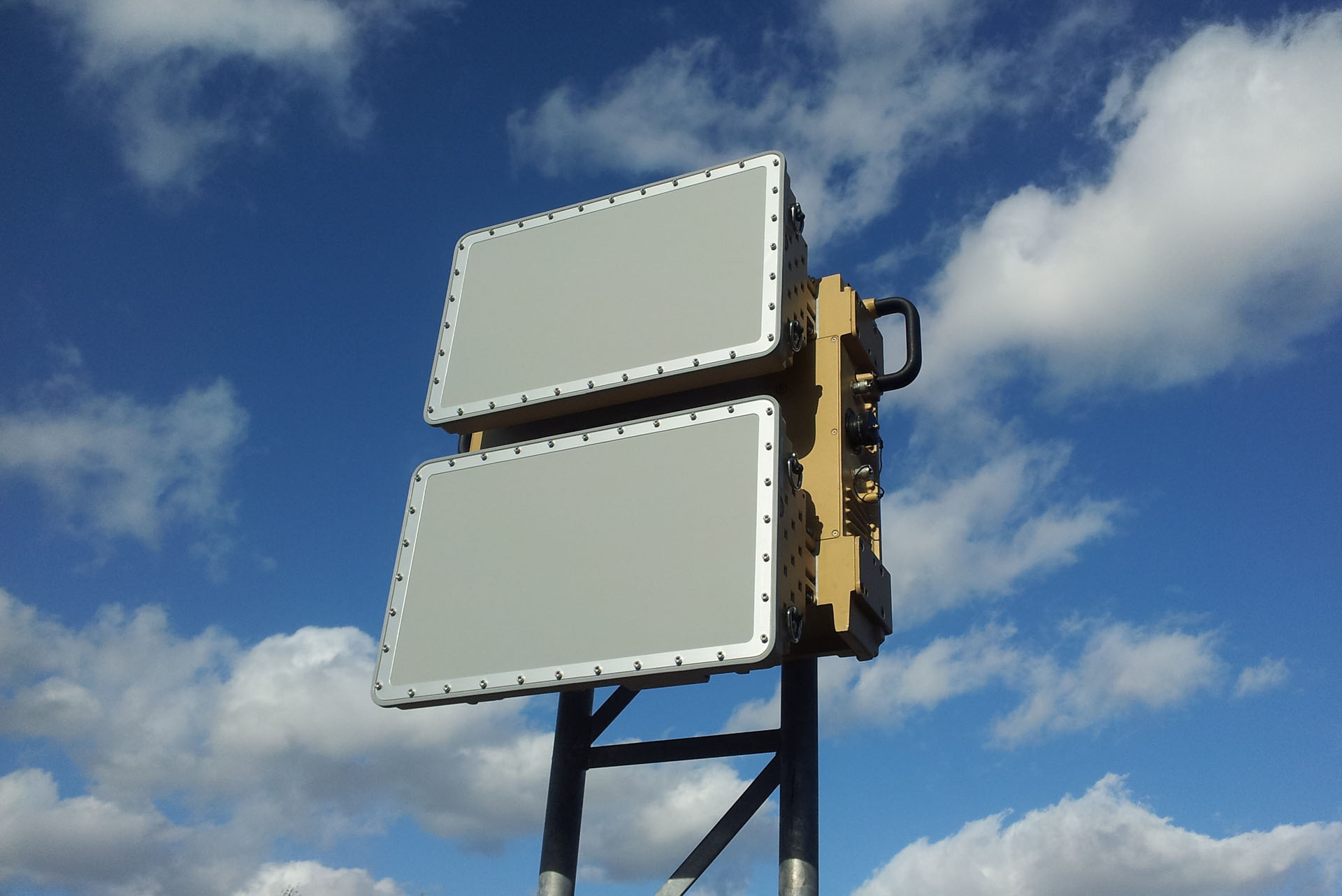 The N5S field interchangeable antennas concentrate the elevation beamwidth of the B400 series radar down to 5° allowing new and existing users of the radar to detect – out to 15km – both walking humans in very flat terrain and small boats over water. The new antennas complement the existing M10S and W20S antennas which feature elevation beamwidths of 10° and 20° respectively and provide detection in either normal terrain (to 10km) and hilly terrain (to 5km).

Mark Radford, director of the Blighter Group, said: “The Blighter radar is the only ground radar system on the market that can provide this modular plug and play capability – other ground surveillance radars are marketed in fixed man detection range steps, typically ‘man at 5km or 10km or 15km’. In contrast, our modular system allows customers to hold a common set of radar units and antennas which allow them the flexibility to configure the radar to 5km or 10km or 15km with one set of equipment according to their surveillance application and the presenting terrain.”

The Blighter B400 series radar is itself a modular design that allows a variety of configurations to be created to suit a multitude of different surveillance scenarios. The main radar unit contains all the waveform generation and signal processing brains for the modular system, plus a set of PESA (Passive Electronically Scanned Array) e-scan modules. Auxiliary radar units containing only the PESA e-scan modules can be plugged into the main radar unit allowing the radar to be configured as a 90°, 180°, 270° or 360° electronic scanning radar.

“Anyone buying a Blighter radar can be sure that they will be getting the very latest technology, with the highest reliability due to its solid-state design and PESA technology,” added Mark Radford. “The inherent modularity – now with the addition of the N5S antennas for extended range – means that we are able to dramatically drive down the through-life expenditure of our zero maintenance ‘fit and forget’ system, which is extremely attractive to customers!”

Blighter B400 series radars featuring Frequency Modulated Continuous Wave (FMCW) and Doppler processing are particularly well suited to border, area and perimeter security applications due to their long-range detection capability. Human intruders can be detected at ranges in excess of 15km and vehicles in excess of 20km.

First developed in 2003, Blighter radars provide an unmatched combination of high reliability, accuracy and performance with a low cost of ownership and are designed for use in extreme weather conditions and in the most difficult terrain. Plextek is based at Great Chesterford on the outskirts of Cambridge, England. Blighter products are designed and manufactured in the United Kingdom.