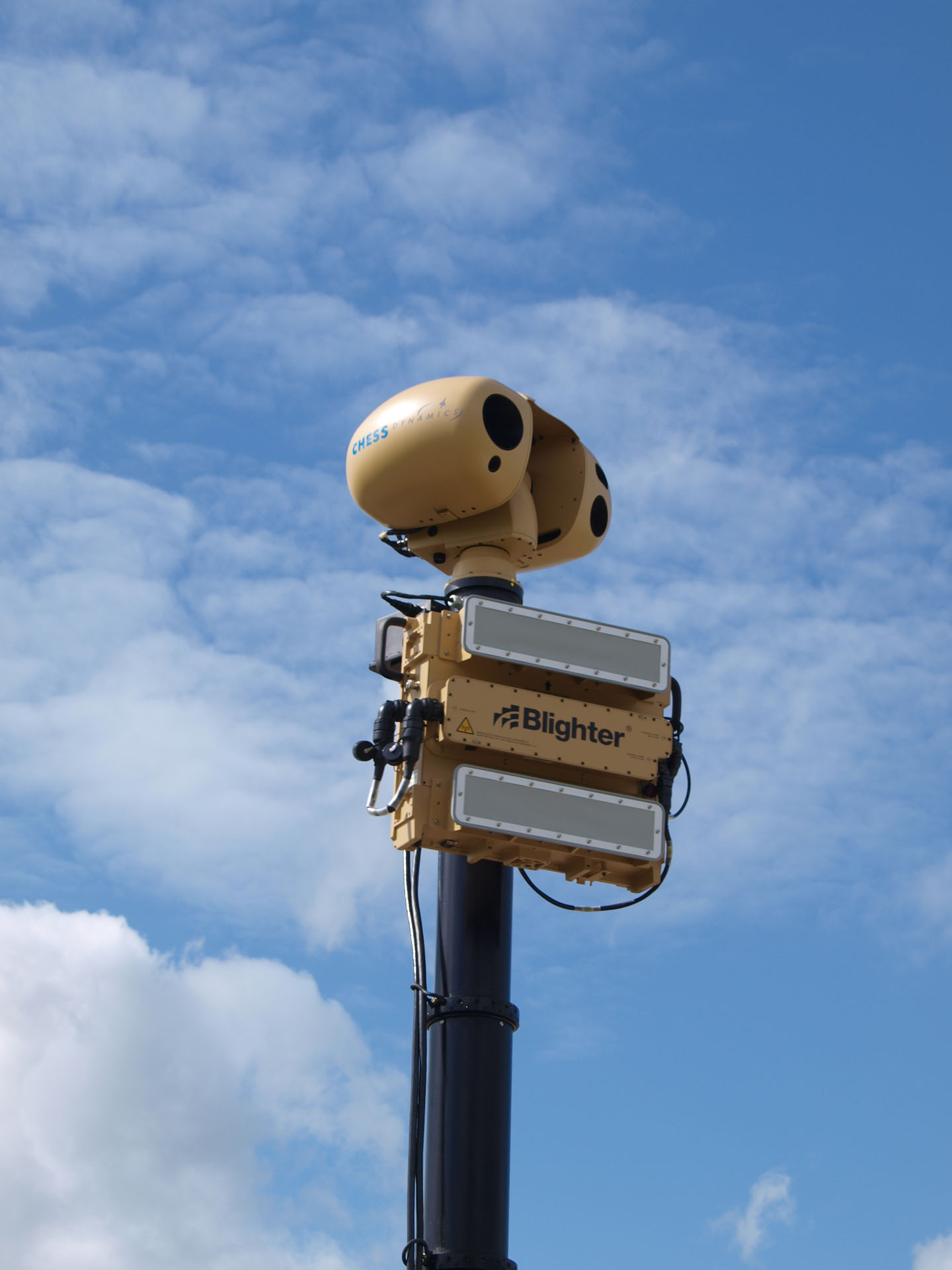 Blighter Scout provides a low cost and lightweight mobile surveillance capability for situations where fixed towers are prohibitively expensive, impractical to build or simply ineffective due to the terrain or environment.

Mark Radford, CEO of Blighter Surveillance Systems, said: “Blighter Scout enables security forces to deploy our surveillance platform to exactly where it’s needed. For example, to monitor a hot spot on an extensive border or to follow intruder routes as they adapt to the seasons or in reaction to ground interdiction.”

Blighter Scout detects small and slow moving targets – even in cluttered environments – due to the radar’s coactive Frequency Modulated Continuous Wave (FMCW) Doppler fast-scan processing. The radar can detect a walking person at 7.4 km (4.6 miles) or a large moving vehicle at 22 km (13.7 miles) and then cue the camera system to follow and identify targets.

With its wide 20-degree continuous elevation beam coverage – which can be increased to 40-degrees via a simple built-in manual tilt control – Blighter Scout can operate in hilly or mountainous areas scanning hill tops and valleys in a single sweep.

The Blighter Scout radar and camera surveillance system are integrated and controlled through the BlighterView HMI 2 command and control (C2) software platform enabling auto-cueing with manual override. An optional video tracking application also allows the camera system to automatically follow an intruder once the radar has cued it to the target location. 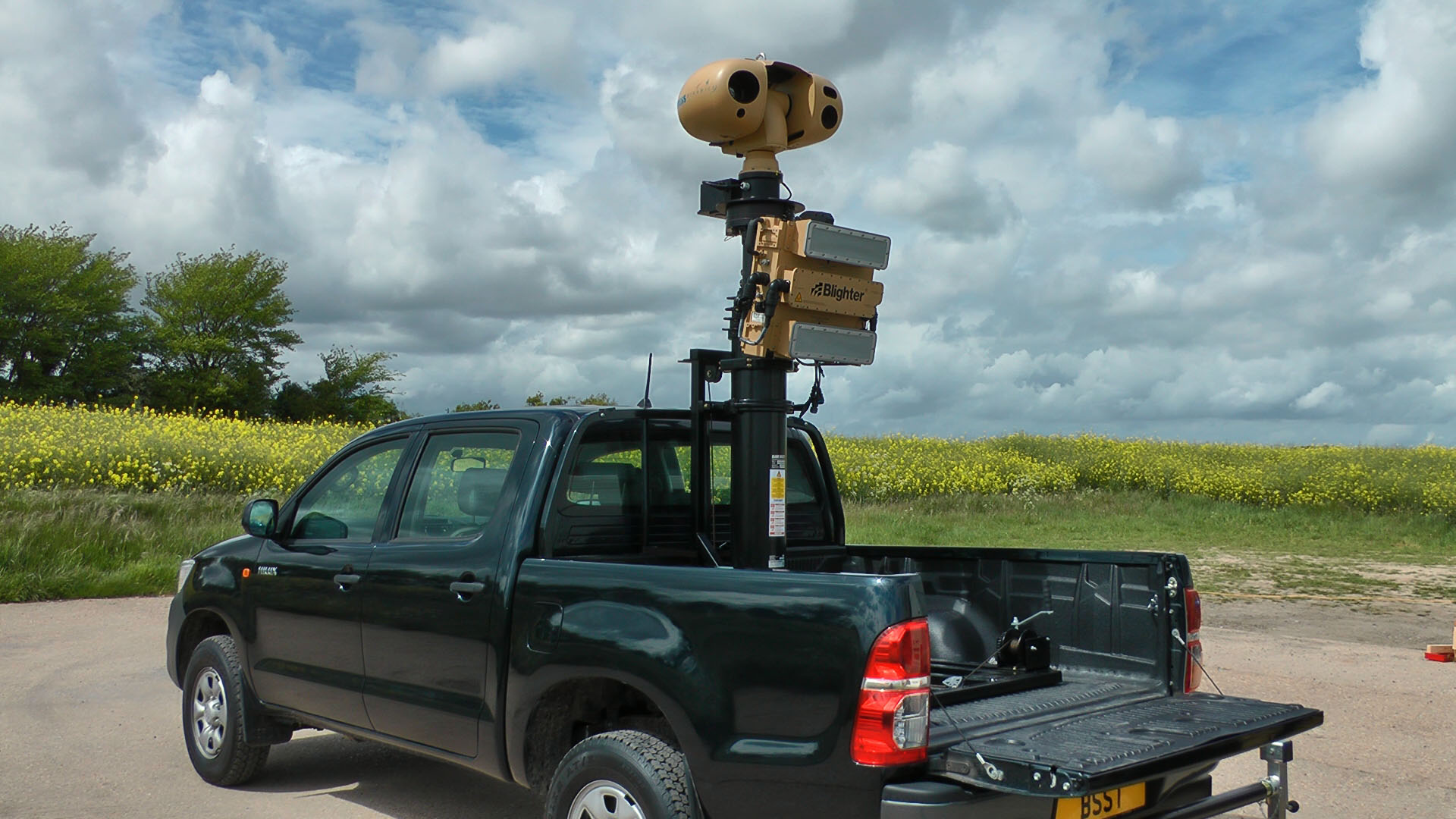 “Blighter Scout can be supplied in a palletised form complete with a standard telescopic mast ready to slide onto the back of a standard 4×4 pickup truck or other surveillance vehicles/trailers,” added Mark Radford. “The complete system requires only a single mast as the electro-optic platform is mounted on top with the radar rotating around the mast section directly below it.”