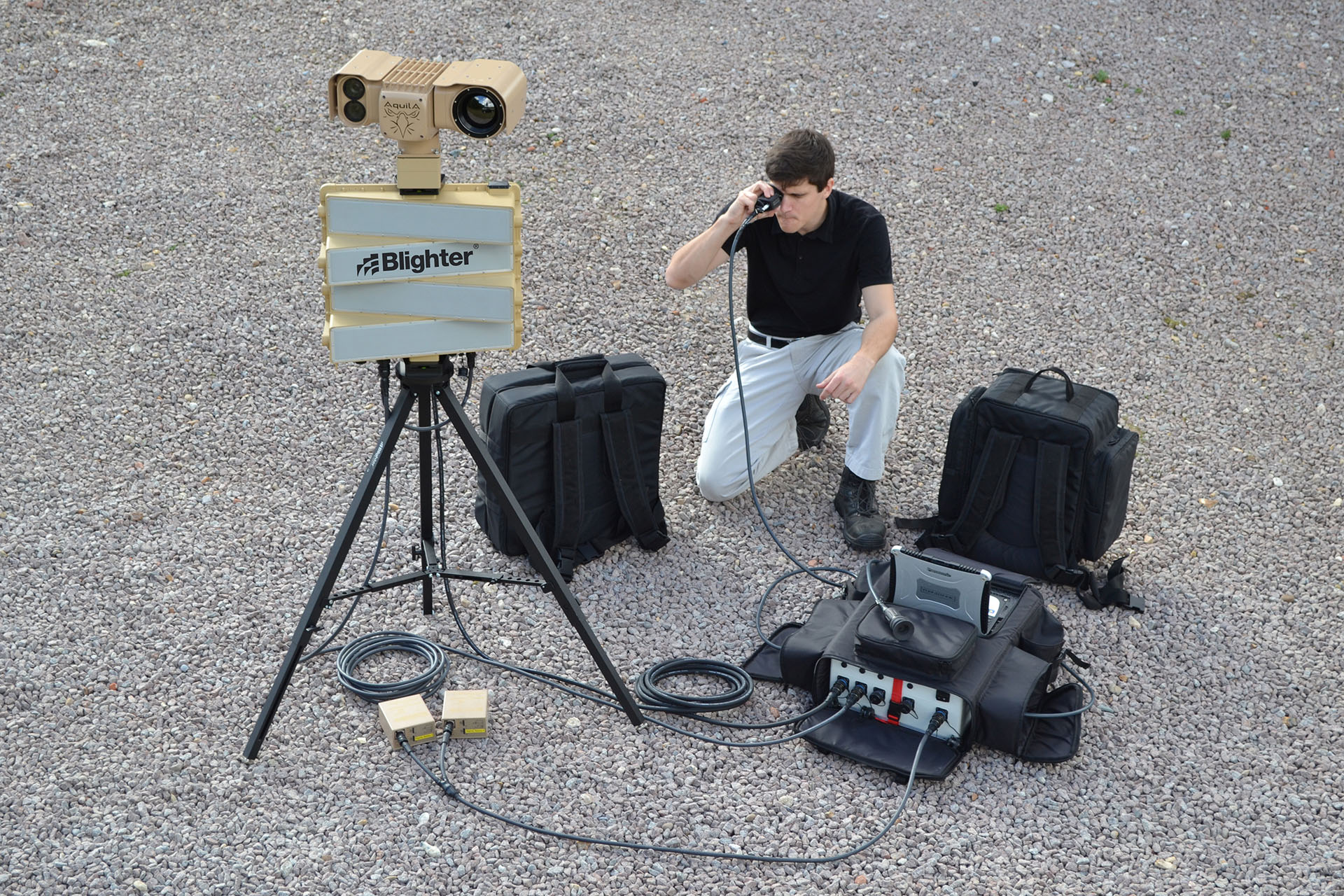 “Our new system is designed for covert foot patrol deployment in specially designed transport backpacks with the radar and camera sensors mounted on a single tripod,” added Mark Radford. “This means wide area detection can be up and running in a matter of minutes providing immediate protection for the military or black ops personnel.”

Blighter Explorer Nexus is backpack mounted and can be set up and operated by a single user. The Blighter radar provides rapid detection and location of moving targets. For example, it can detect a crawler at 1.5 km (0.9 miles) and a moving vehicle at 8 km (5 miles). The radar automatically cues a long-range camera to enable the operator to identify any target. A wireless backhaul link can be used to send real time sensor data feeds to a remote location for monitoring and strategic evaluation.

Blighter radar solutions are used by the U.S. military and the British Army for force protection, and in numerous asset protection and border security applications, including monitoring the Korean Demilitarised Zone (DMZ), a buffer zone which runs 250 km across the Korean peninsula and separates North and South Korea.

Blighter will be showcasing Blighter Explorer Nexus and other surveillance solutions – including the AUDS counter-drone system – at The International Defence Exhibition and Conference (IDEX 2017), at the Abu Dhabi National Exhibition Centre (ADNEC), Abu Dhabi, UAE, (Stand 05-C20), from 19 to 23 February 2017.

For more information about the Blighter Explorer Nexus or other products from Blighter Surveillance Systems, please visit www.blighter.com, telephone +44 1223 491122 or email hello@blighter.com.