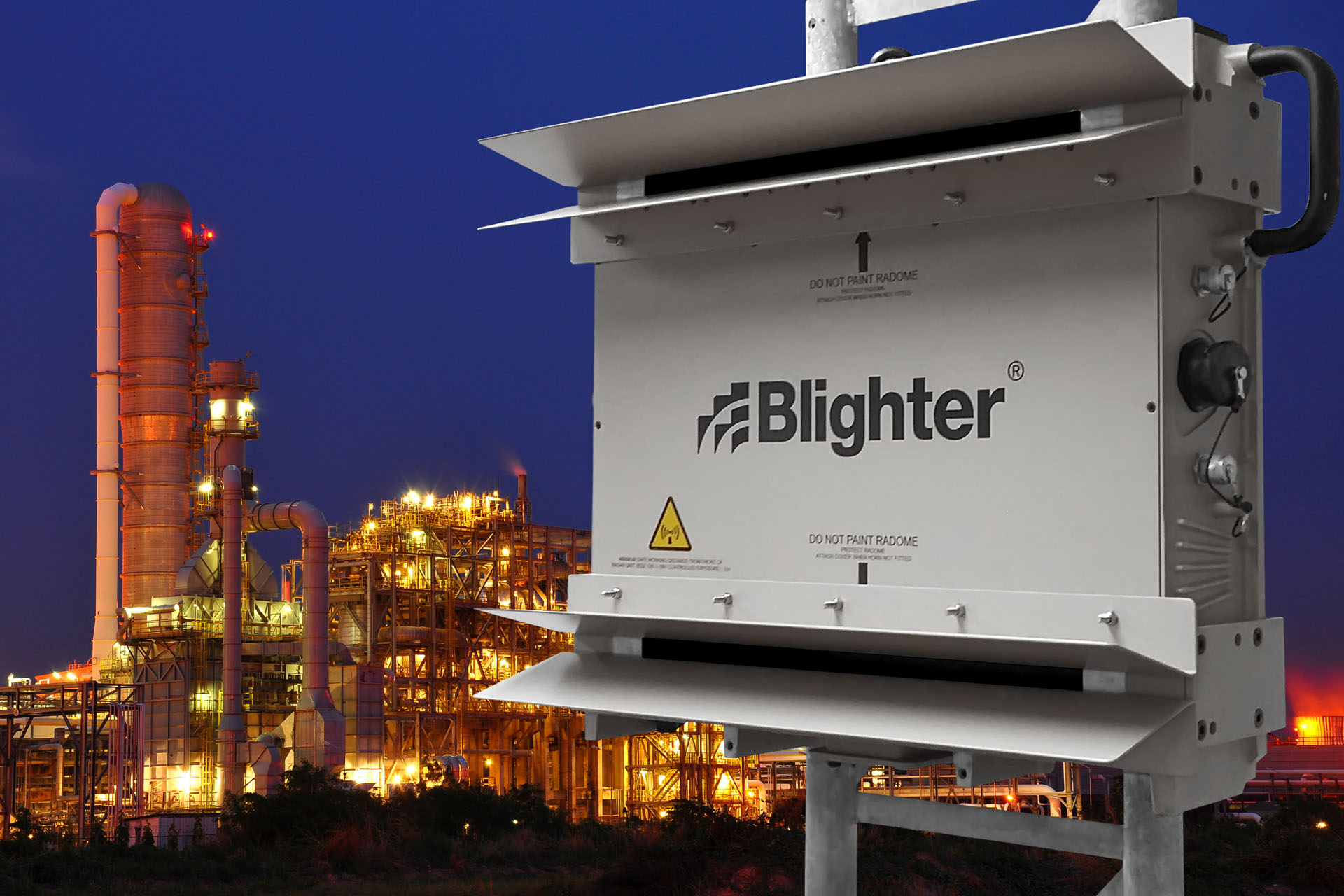 The new version of the radar delivers all the benefits of a solid-state e-scan Doppler radar – including exceptional detection (man at 4 km), day/night operation in all weather and light conditions, low manning levels, zero maintenance, low installation costs, lower through life costs and lower false alarm rates – at a lower price per km² than any other ground radar.

Mark Radford, CEO, Blighter Surveillance Systems, said: “Our engineers have optimised the design of the new radar, the processing chain and the control software to better meet the needs of our critical infrastructure customers. We have re-engineered the Blighter B400 radar to get to a price point that is attractive to this market and that will deliver improved detection at a lower cost compared with CCTV, thermal imaging systems and low cost, short range mechanically scanned radars.”

“Our radar’s PESA technology and wide elevation beams are a big advantage for critical infrastructure sites,” added Mark Radford, “as it allows the radars to be mounted on top of existing site buildings – for ease of connection to readily available sources of power and network connectivity, while still giving clear line-of-sight to the perimeter and maintaining the full integrity of the radar coverage zone.”

Blighter B400 radars are already in use at many critical infrastructure sites including several major international airports in Europe, United States, South America and Africa. In the UK, a Blighter radar/camera surveillance system already forms part of the perimeter security solution at Heathrow airport.

Blighter Surveillance Systems will showcase the Blighter B400 series radar and other products on stand S4-154 at the DSEI Show, the world’s leading defence and security event, at the ExCeL Centre, London, 12-15 September 2017.

For more information about the new Blighter B400 radar please visit www.blighter.com, telephone +44 1223 491122 or email hello@blighter.com.

Blighter Surveillance Systems is a world leading designer and manufacturer of electronic-scanning radars and surveillance solutions. Its maintenance free solid state micro Doppler radars are deployed in 33 countries to deliver round the clock all-weather protection along borders, for coastal facilities, at military bases, and to guard critical national infrastructure such as airports, oil and gas facilities and palaces. The radar products include the Blighter B400 series for ground surveillance, the Blighter C400 series for coastal security, the Blighter B202 Mk 2 man-portable radar system for rapid, mobile deployment and the Blighter Revolution 360 radar system for vehicle mounted solutions. Blighter Surveillance Systems Ltd. is based at Great Chesterford on the outskirts of Cambridge, England.