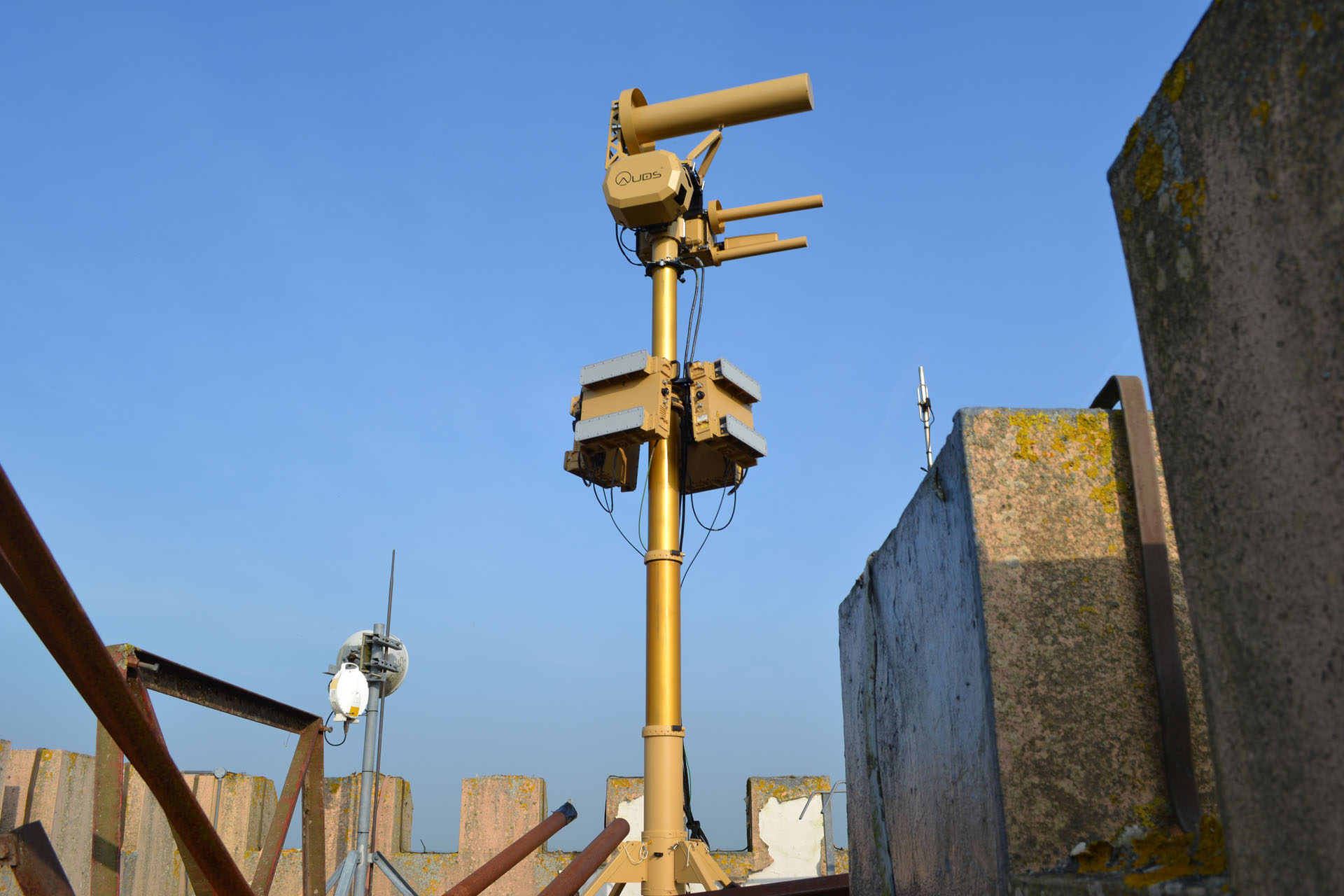 Blighter Surveillance Systems is partnering at MSPO with its in-country security systems integrator Linc Polska to highlight its range of maintenance free solid-state passive electronically scanned array (PESA) radars. Blighter radars are already deployed in 35 countries to deliver round the clock all-weather protection along borders, for coastal facilities, at military bases, and to guard critical national infrastructure such as airports, oil and gas facilities and palaces.

The Blighter B202 Mk 2 man-portable battery-operated radar will be on display at MSPO on stand G55. It is designed for rapid deployment (wide area detection can be up and running in a matter of minutes) from transport backpacks by foot patrol or from a vehicle for use in remote border surveillance, temporary camp protection, forward reconnaissance and other covert operations.

This radar provides rapid detection and location of moving targets. For example, it can detect a crawler at 1.5 km (0.9 miles) and a moving vehicle at 8 km (5 miles). The radar is tripod mounted, integrates seamlessly with infra-red sensors to automatically cue a camera to enable the operator to identify any target. For fully covert operation, the radar is also available as part of Blighter Explorer Nexus with an integrated visible and infra-red thermal imaging camera system, a Windows HMI, covert eyepieces and optional rugged laptop.

Blighter’s air security and drone detection capabilities will also be on display at MSPO on stand D43 as the Blighter A400 series radar is an integral part of the AUDS system, the world’s leading fully integrated military grade detect-track-identify-defeat counter drone solution.

The AUDS system, already successfully deployed by several governments, including US forces, was developed in 2015 by a consortium of UK defence companies including Blighter Surveillance Systems, Chess Dynamics and Enterprise Control Systems. The AUDS system has an intuitive interface, is operable by a single user, and can detect, track, identify and defeat a drone in approximately 15 seconds at a range of up to 10 km or six miles.

Mark Radford, CEO, Blighter Surveillance Systems, said: “MSPO provides an opportunity for Blighter to showcase our products to tens of thousands of visitors from 27 different countries and to support Linc Polska, our in-country partner. We are also presenting a paper at the event on the advantages of electronic scanning surveillance radar for ground and air security applications.” Blighter radar solutions are used by the U.S. military and the British Army for force protection, and in numerous asset protection and border security applications, including monitoring the Korean Demilitarised Zone (DMZ), a buffer zone which runs 250 km across the Korean peninsula and separates North and South Korea, on the US Southern border, and in several Middle Eastern countries.

Blighter Surveillance Systems is partnering with in-country security systems integrator Linc Polska (www.linc.pl) at international defence exhibition MSPO, in Kielce, Poland from 4-7 September 2018. The company will be on stand G55 with Linc and on stand D43 as part of the AUDS consortium (www.auds.com).