Cambridge, UK, September 10, 2013 – Blighter Surveillance Systems (www.blighter.com), an electronic-scanning radar and sensor solution provider, is celebrating the 10th anniversary of the launch of its pioneering Blighter® ground surveillance radar (GSR) at DSEI, the world’s largest defence and security exhibition. The Blighter radar was first demonstrated at the DSEI event in 2003 and it is still going strong today. 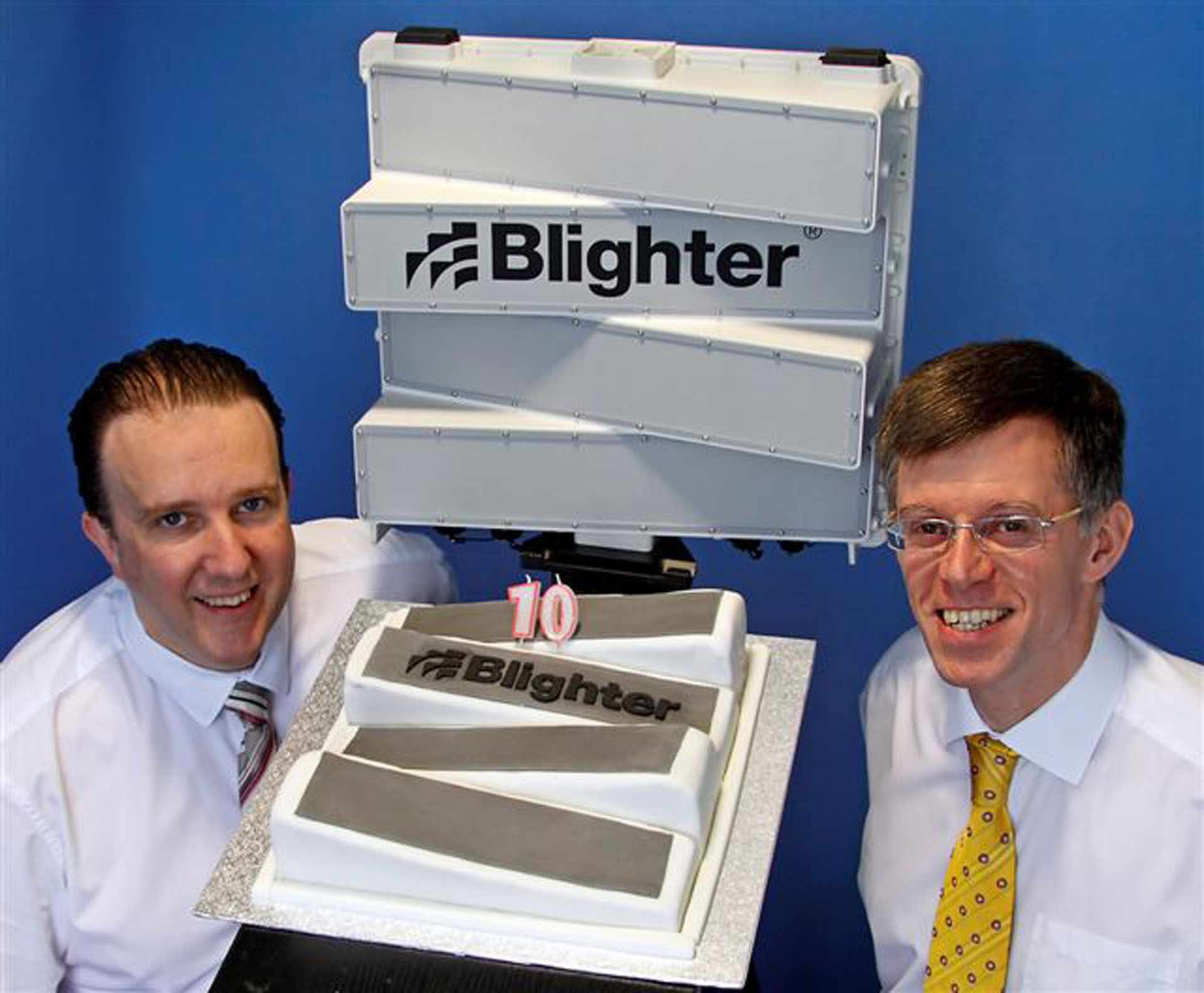 The Blighter radar was the first commercial electronic-scanning GSR on the market and its modular solid state design – uniquely low power due to the patented passive electronic scanning array (PESA) technology – continues to give Blighter the edge over other e-scan radars.

Mark Radford, CEO of Blighter Surveillance Systems, said: “We were aware back in 2003 of traditional military ground surveillance radars and thought we could produce something smaller, cheaper and with better performance to penetrate commercial markets that simply could not afford traditional radars.

“Ten years at the frontier of security and our Blighter radars are now deployed in more than 15 countries worldwide in commercial, government and defence markets. Our radars are used at Heathrow and other international airports, by the British Army for force protection, and in numerous area and asset protection applications. The technology choices we made back then about e-scan and Doppler were right and the radar’s modular architecture and its scalability and extensibility has proved to be a great success.”

“We believe we have the best value e-scanning solution on the market and our experienced design team continue to improve Blighter with new innovations,” added Mark Radford. “For example, Blighter’s the only e-scan radar to offer coactive FMCW Doppler fast-scan capability, a major advantage for heavily cluttered environments.”

Looking forward to the next decade, Blighter says it is focusing its design efforts to address mobile radar applications such as VIP protection and will be looking to reduce the price and weight of systems to address this sector. Furthermore, the company will continue to develop its integrated multi-sensor toolkit for systems integrators and has plans to enhance its B400 radar with static target detection to improve its littoral surveillance capability.

“We will be showcasing at DSEI our Blighter Revolution 360 product, developed in conjunction with Chess Dynamics,” added Mark Radford. “We will also be demonstrating our VIP protection system at the show. This consists of an integrated Blighter B202 Mk 2 portable radar working with Liteye System’s Aquila PTZ (pan, tilt, zoom) thermal imaging surveillance system.”