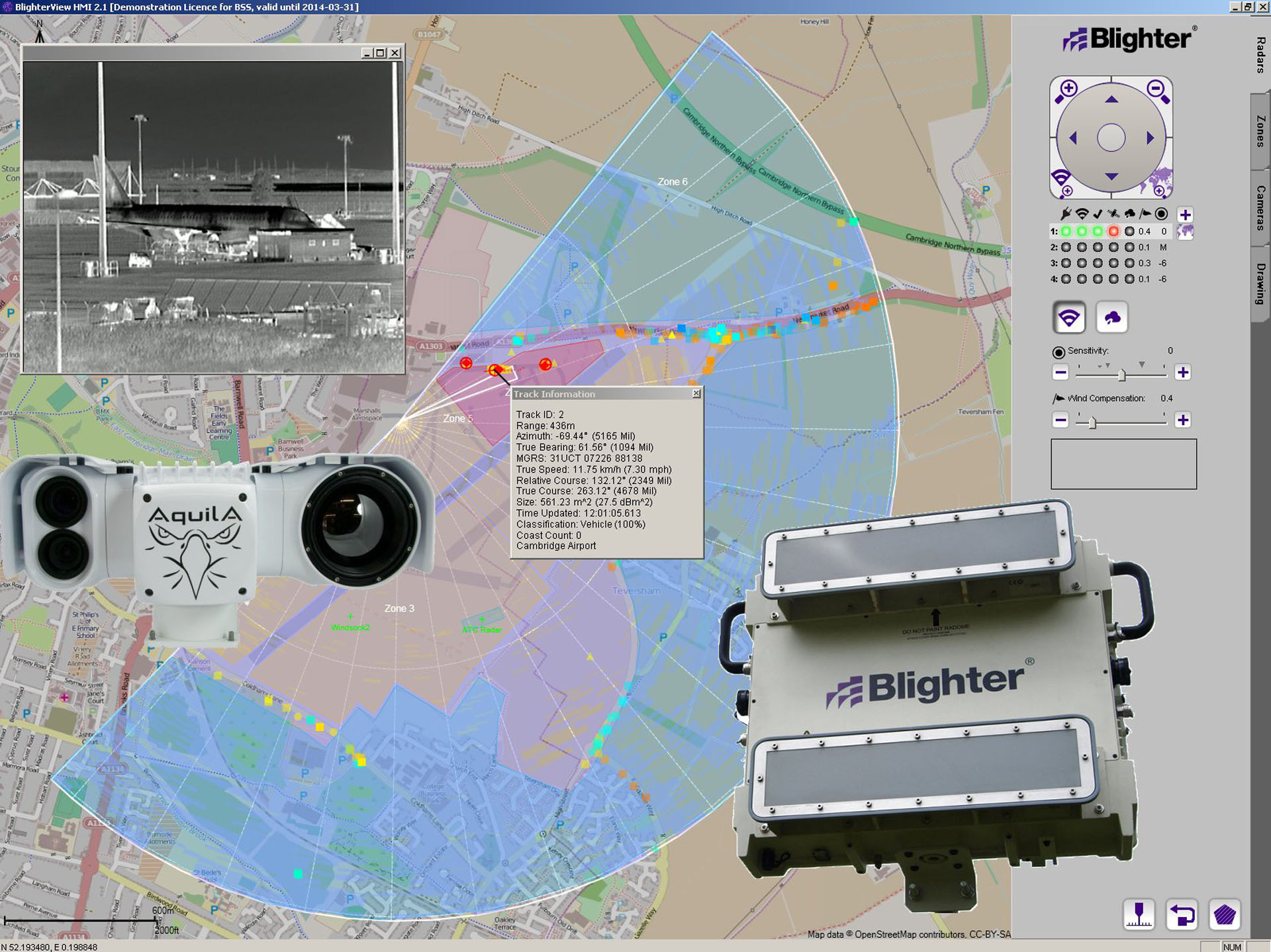 The move is designed to strengthen Blighter’s foothold in the region and bolster sales into commercial airports and the homeland security market. Liteye has already sold combined Blighter radar and Aquila PTZ (pan, tilt, zoom) thermal imaging surveillance systems into a number of strategic sites in North America, including Centennial Airport in Colorado, USA.

Under the terms of the agreement, Liteye will act as a sales, support and service centre for the complete range of Blighter ground surveillance radars including the new Blighter Revolution 360 radar, the long-range Blighter B400 series radars, the vehicle-mobile Blighter B303 radars and the man-portable Blighter B202 Mk 2 radars. The agreement will also include local manufacture and assembly of radars.

Mark Radford, CEO of Blighter Surveillance Systems, said: “We are delighted to be working in partnership with Liteye Systems in North America to meet the growing demand for integrated e-scan radar and thermal camera solutions. We believe the combination of our low cost Blighter e-scan ground surveillance radar with Liteye’s rugged, low profile, three camera system is a compelling solution for many security applications, in particular for commercial airports and the homeland security market.”

Tom Scott, president of Liteye Systems, said: “We are excited to be representing and supporting Blighter Surveillance Systems in North America. Blighter’s the only e-scan radar to offer coactive FMCW Doppler fast-scan capability, and this gives it the edge over other e-scan radars in heavily cluttered environments such as those found in commercial airports.”

He added, “Teamed with our Aquila thermal camera platforms Liteye can now offer unparalleled surveillance performance, not only creating superior security for a facility or location, but also helping to enhance other areas of operations, such as wildlife management.”

Liteye Systems’ Aquila line of thermal imaging products are targeted to the defence and security markets, as well as VIP and high value facility protection. The Aquila thermal imaging surveillance systems were deployed as part of a multi-agency security operation, successfully protecting the London 2012 Olympic Games.

Liteye Systems, Inc. is a world leader in rugged head-mounted-displays (HMD), micro imaging viewfinders, and now its new ‘Aquila’ line of thermal surveillance systems. All of its cutting edge solutions feature revolutionary designs in optics, electronics, ergonomics, and form factors that enable a broad range of military and commercial applications. Liteye’s research and development team delivers sophisticated custom packages to some of the world’s largest companies, government agencies, and military organizations. Headquartered in Centennial Colorado, the company has offices in the UK and representatives worldwide.